MKS Banimex Będzin ended 19th round of Plus League as the last team on the table. Besides, it could not count on the support of their fans in the hall in Sosnowiec where their games were watched by an average of 1,202 fans. 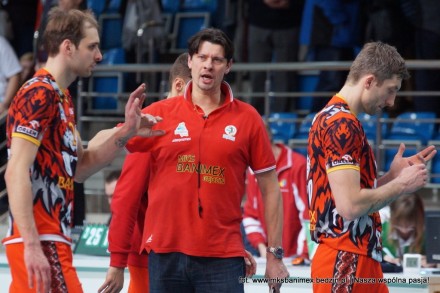 However, Będzin had to play its last match on Friday in a hall “Centrum” in the city of Dąbrowa Górnicza, a few kilometers away. The reason was the unavailability of its popular hall “Żerom” due to Polish Junior Cup in fencing.

The number of people that came in the hall in Dąbrowa Górnicza was carefully checked and counted by the security. According to the official info, the clash between Będzin and Lotos Trefl Gdańsk (won by 3-0) was watched by 280 fans!

This is the lowest attendance this season in Plus League. Throughout the current season, only nine games attracted less than 1,000 spectators.