POL M: Skra – “Our mistake did not affect the final score”

PGE Skra Belchatow admit they made a mistake in the match against Espadon Szczecin, still the black and gold crew hope they will keep the points from this match. 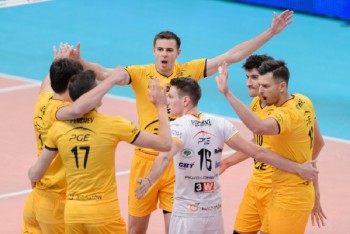 Recall that PGE Skra Belchatow had 4 foreign players on court at one moment of the match vs. Espadon Szczecin. Skra eventually won the match in straight sets, but Espadon Szczecin made official protest to the PlusLiga officials.

While we are still waiting to see what will be the official decision, PGE Skra Belchatow president Konrad Piechocki hope that his team will keep the points.

“Our mistake did not affect the final score of the match. We had 4 foreign players on court during only one point and it was even won by our rivals. I appeal that the decision will be in accordance to the spirit of sport. At the end, we will accept any decision of PlusLiga officials,” said Piechocki.

The final decision about this case should be made until the end of the week.