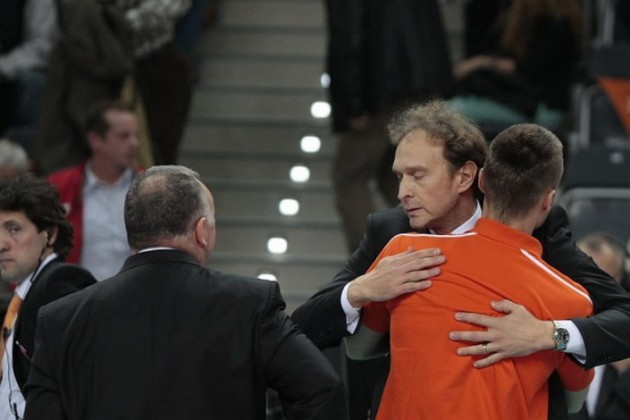 Mariusz Wlazły (captain PGE Skra Belchatow): “After losing a set smoothly, it seemed that our game is tied, but only for a moment. Congratulations again to the team and the coach of the Jastrzebski Wegiel“.

Michal Lasko (captain of Jastrzebski Wegiel): “We managed to win Skre Belchatow for the first time. It was really cool volleyball spectacle. Everything was great – great fans, good game from both sides. We enjoy three points gained from a difficult opponent”.

Jacek Nawrocki (PGE Skra Belchatow coach): “I join the congratulations for Jastrzebski coach and the team. We are playing like the last meeting. The different is only the result. Once we lose, sometimes we win. We have to pay attention to three things. In the first set we break eight points. It seemed that we have this part under control. The second thing is a big advantage dissipation in the second set. It is somewhere in the minds of players and translate into the rest of the competition. The third issue is the block”.

Lorenzo Bernardi (Jastrzebski Wegiel coach): “First I would like to congratulate coach Nawrocki for bronze medal on the Club World Cup in Qatar and for winning the Polish Super Cup. Both trophies have their significance, especially the first one, if one takes into account that in the short time we had to play a lot of extensive meetings with tough rivals. Secondly, congratulations to coach sparks courage that took the risk, adjusting the game system and the team made a change at position No. 4 It is not an easy thing. And finally, I wanted to say that I am particularly pleased with the play of my team, who showed today that he can leave the heavy situation. When losing high in the second set, I told the guys that if we want to win this match, we have to get to work right now, right away and fight to the end. And so it happened, and I am very happy”.

ITA M: Loreto fights but is beaten in Avellino