RUS: Belogorie didn’t make it through 1/8 finals of the Russian Super League! 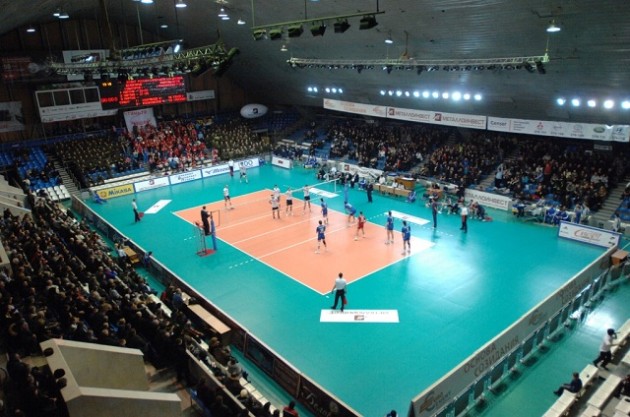 – When was the last time you felt such disappointment?

– It’s hard to say. But I don’t believe what happened  was sensation. The level of competition in the Super League is so high that you can lose to any opponent. The entire responsibility for the negative results is mine. I was supposed to lead my team better.

– Boris Kolchins and Dutch Nico Freriks in team – a mistake?

– No. Kolchins and Freriks supposed to help “Belogorie” before the decisive stage of playoffs.No one assumed in advance that our team will lose against Surgut.  We agreed about everything with Boris Nikolayevich almost immediately after he left the women’s team “Dynamo”. To his duties Kolchins had to start from the quarterfinals, and his presence at Saturday’s match was of formal character. And Freriks, who had only three trainings with the team. I’m counting on his help in the future.

No matter how hard I asked Kolodinsky in the end of tie-break to pass to the middle-blocker he always pass the ball in the ‘’four’’ to Tetyukhin.  So12:9   turned at 12:14 …

– Kolchins and Freriks will help “Belogorie” in the tournament for 9 – 12th place?

– Contracts have not signed yet . But I am interested in working with Kolchinso in the coming season.

Teodor Todorov from ‘’Ugra’’ has made 19 blocks in the last two matches against your team. Will he be able to play as brightly against the “Zenith”?

-Success  of Todorov – is a a consequence of predictable ball distribution of our setters.  I wish all the best for the team of Surgut. Congrats for deserved victory. And i applaud young coach Plamen Konstantinov.

All pairs of quarter finals of the Championship of Russia in 2012: