CL M: Who will freeze first in Novosibirsk?

The biggest match of the Champions League season is upon us and everything stands at the stake. Whole season of both Lokomotiv Novosibirsk and Zenit Kazan depends on this single match, because without Champions League, this teams will consider the whole season a failure. 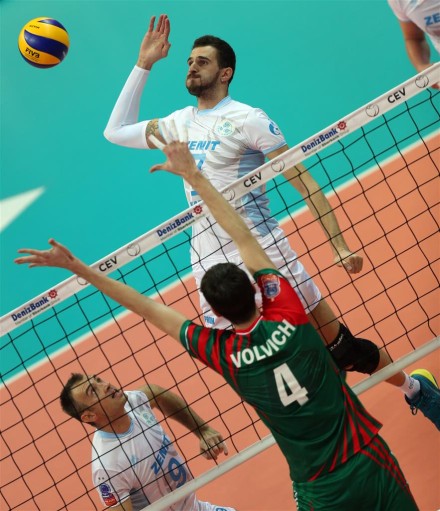 In last ten matches Zenit won an amazing number of nine versus Lokomotiv but they’ve lost the most important one. In last season’s Champions League final four tournament, Lokomotiv and Zenit faced in semifinals and Lokomotiv got that supremely valuable 3-2 win and advanced to finals (and won it evenutally).

So we can assume that there is a huge motive for revenge in Zenit’s squad. Alekno’s men have already won this season versus Lokomotiv at home (3-1) and are looking to clinch playoff berth by winning this match.

Well, who is it going to be victorious? Mikhailov or Moroz? Grbic or Butko? Camejo or Anderson? Sivozhelez or Divis? Alekno or Voronkov? We will find out tomorrow at 11 AM CET at laola1.tv.