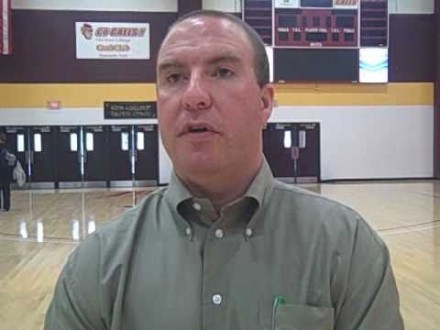 “We are very excited to announce the hiring of Alan to take charge of our volleyball program,” Henderson said. “His resume jumped out to us from the very beginning. We wanted to target someone who was familiar with the Southland Conference, and who has head coaching experience. Not only does Alan meet those requirements, but he has a proven history of success both as an assistant and head coach at the Division I level.”

Edwards comes to Beaumont from Knoxville, Tenn., where he helped guide the Lady Vols program to two of its better seasons in program history. Working directly with Tennessee’s middle blockers, Edwards oversaw a national recruiting program that brought some of the nation’s top talent to Knoxville. Edwards’ most recent recruiting class was ranked 17th nationally by prepvolleyball.com.

During his first two years on campus, the Lady Vols recorded a 50-12 record, including a 28-4 mark in 2011 on their way to an SEC championship. Tennessee posted two nationally ranked finishes and made two NCAA tournament runs during that stretch. Edwards also helped produce six All-America selections during his short time with UT.

“I’m really excited about starting at Lamar,” Edwards said. “I feel all the pieces are in place to win there — it has a great network of support, an incredible recruiting base, a fairly new facility and it has been good in the past. I believe we can build something that is sustainable over the long term.