Participating in the most prestigious club Volleyball tournament in the world, the CEV Champions League, requires a certain amount of costs and it, ultimately, pays off only to those who go all the way. 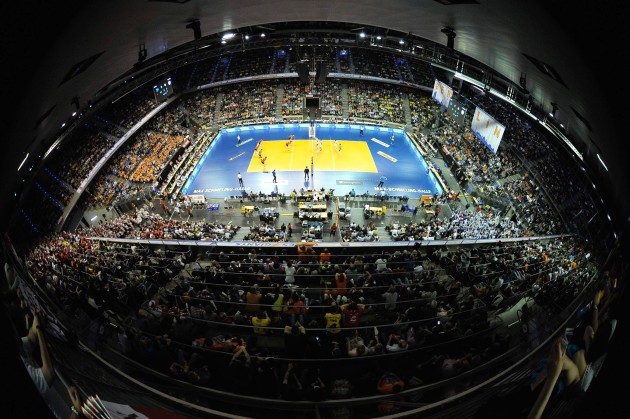 By compiling the most recent data from the European Volleyball Confederation (CEV) available online from 2012, 2015 and 2016, we came upon these numbers in comparing the costs and benefits of competing in the Champions League both for Men and Women**.

Let’s start with the costs that clubs need to pay to take part in both competitions if they previously qualify for them.

Through its national federation, the participating club shall pay the mandatory registration fee, by respecting the deadline for payments, into the bank account of the CEV in order to be considered as an official partner of the competition and enjoy the rights descending from the participation in the CEV Volleyball Champions League. The club must respect the deadline for payments (usually until the beginning of May) in order to validate their participation in the competition.

The participating club shall pay the license fee (one-time paid) to the account of the CEV for each player wishing to enter the competition and to be registered (usually until the beginning of October). This amount must be settled UPON RECEIPT of the related CEV invoice to the National Federation.

The participating club, both in Men’s and Women’s competition, shall pay medical insurance fee (one-time paid) for the insurance of each member of its Team delegation of 15.50€.

In case the CEV Supervisor or neutral referee is obliged to arrive earlier or stay longer due to travel schedule, an additional amount of 75€ per day is to be paid to the concerned official.

All organizing costs for the matches, including local transport of the visiting team(s), shall be borne by the receiving clubs. During the MAIN PHASE, the visiting team must organize and bear its board & lodging during the whole stay in the competition venue.

We appreciate the help of Jeremy Brahm from Inside VolleyCountry in gathering data.

**All above-mentioned costs and benefits could and might be changed for the 2017 CEV Champions League.

You forgott to mention the costs for implementing the ‘challenge system’ (main round) which is mandatory for teams from this year.

Where is the conclusion?!? I give It for free: for the majority of clubs CL means deficit. That’s a fact! For sure now that recuperation in CEV cup is no langer an option after group phase. Evaluate and think again CEV!