The International Volleyball Federation (FIVB) is very proud to announce the list of referees who have been appointed to officiate at the 2012 Olympic Games in London later this year. 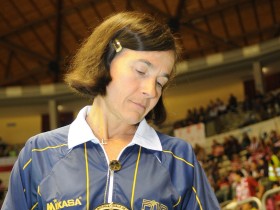 USA’s Patricia Salvatore will officiate at her fourth Olympic Games