Bergamo, Italy, December 20, 2011. Volley BERGAMO will be playing this Thursday at “Pala Facchetti” in Treviglio its second home match for the prelims of the 2012 CEV Volleyball Champions League, with Romania’s 2004 Tomis CONSTANTA traveling to Italy after scoring a splendid 3:2 home win last week. 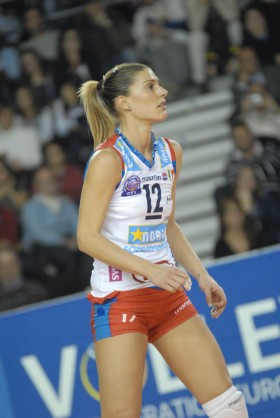 The group around superstar Francesca Piccinini needs to take revenge for this defeat and possibly get 3 points to move up to third in the standings of the group thus remaining in contention for making it to the next stage of the competition.

After losing three consecutive matches in the CEV Volleyball Champions League and also the last game played in the national league, the players of Volley BERGAMO will try to stop that negative trend by exploiting the home advantage.

“We played bad in the past weeks” says Piccinini, “and therefore it is important that we try to defend our status, being Italy’s national champions. We have to clean up our minds and we are ready to fight for finish the prelims at least in third place”.