Special alphabet sums up a year of success for SOPOT

Many different emotions accompanied Atom Trefl SOPOT through the year that has just come to an end and the club has decided to sum them up with a very special alphabet that lists, more or less, all the various factors that contributed so much success. Read latest volleyball news on Worldofvolley.com. 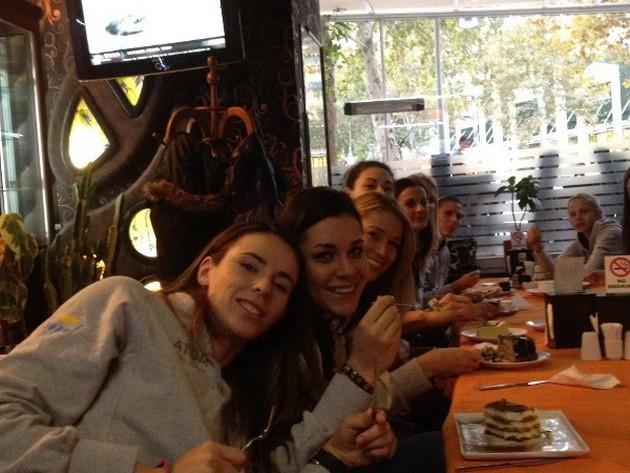 A: many of the players come from “Abroad”. By the end of the past year players from 9 countries had represented the likes of Atom Trefl; this past season, alongside the home players, there were additions from Turkey, Spain, USA, and Germany; this season Atom Trefl was joined by players from Brazil, Cuba, Australia and Ukraine not to forget the Italian coaching staff that was at the helm of the group throughout the 2011/2012 season;

B: Aleksander Bielecki is a well-known physiotherapist who is always taking good care of all players and has helped contribute good performances even though the team has struggled with a few injuries in 2012;

C: “Come and take my hand!” This verse is taken from Beyoncé’s song “End of time” that has turned into the official anthem of Atom Trefl for the current season. Since the start of this year’s campaign the fans have got used to listen to it during each match of their heroines.

D: Donald Tusk, Poland’s Prime Minister, who is known for being a sports enthusiast, is expected to travel to Gdansk and cheer on Atom Trefl for one of their next home matches. A native of Sopot, Tusk got to know the players of Atom Trefl as they all attended a soccer game played in the great scenario of the “PGE Arena” in Gdansk.

E: elegance. The very feminine look of the Atomic girls was portrayed in a photo session that did eventually result into a splendid calendar for the year 2013.

F: as they played Bank BPS Fakro MUSZYNA for the finals of the national league, the players of Atom Trefl were cheered by more than 5’000 fans from the stands, a real record of attendance.

G: the games of the 2013 CEV Volleyball Champions League have turned into the real highlight of the season, with Atom Trefl SOPOT eventually qualifying for the Playoffs 12 and play there Turkey’s Vakifbank ISTANBUL.

H: this past year Atom Trefl did play only 8 tie-breaks by combining national league, national cup and Champions League. Maybe the fans did not have many chances to watch a game lasting for more than 2 hours, but some 3:1 wins turned into a combination between a horror and a thriller.

I: Ignatowicz, Jasinski, Makowski: these referees whistled most of the matches played by SOPOT in the national league, for a total of 5 matches each.

J: like the many journeys – for a total of 38,000 km – that the players have gone through during their season.

K: the key for success for Atom Trefl is the serve; 180 aces were scored this past year in the national league.

L: like libero, a player that sometimes is being re-invented. Last year head coach Alessandro Chiappini had decided to use libero Magdalena Saad as outside hitter, so she was able to go to serve thereby surprising all those who had never seen her doing this before. This experiment did continue also in the current season; this time it was 161 cm tall Magdalena Kuziak who joined the match as outside hitter and went even to block with her teammates.

N: number 15… For the first time in history the shirt number of a player was chosen by the fans. This happened after Atom Trefl had signed Rachel Rourke and the Australian asked the fans to pick out the number they preferred for her to wear.

O: like outstanding opponents. One of such opponents is definitely Vakifbank that will play Atom Trefl at Ergo Arena for the Playoffs 12 of the 2013 CEV Volleyball Champions League.

P: like playing soccer… In one of the semis with Tauron MKS DABROWA GORNICZA, Ewelina Sieczka had spiked and then caught the ball with her foot after Zebrowska and Dirickx had blocked. This was one of the most spectacular actions of the past season.

R: Azerbaijan’s Rabita BAKU – by that time the defending club world champion – put an end to Atom Trefl campaign in the 2012 CEV Volleyball Champions League before these sides crossed their ways again in the prelims of this year’s edition.

S: students of all grades – especially from primary and high schools – have turned into some of the most passionate supporters of the club. The players of Atom Trefl have helped young pupils get familiar with the ABC of Volleyball, while teachers of physical education in high schools have been provided with ad-hoc materials to include Volleyball in their classes.

T: Tyumen, a city in Siberia, is the place where Atom Trefl claimed the first trophy of the current season by seizing the Governor’s Cup held this past August there.

U: an unusual but serious injury sidelined US American Megan Hodge who twisted her ankle only two days before the first Playoffs match with Rabita BAKU this past January. She eventually could get back on track via the help of the medical staff and scored 28 points as SOPOT edged Rabita with the score 3:1.

V: like voice… The players re-recorded a Christmas song for their fans just before the holiday season.

W: wonderful comeback… This is what Atom did in the semi with DABROWA GORNICZA where the opponents went up 8:0, but after completing a long chase, the group then mentored by Chiappini could seal the final 15-12. “I have never seen something like this before” said middle-blocker Corina Ssuschke-Voigt who defended the likes of the team this past season.

X: X-chemical is a substance that is responsible for contributing energy, bubbles and much more in a popular cartoon known as “Atomic girls”. In real life the players of Atom Trefl are taking – helped by Dr. Bielecki – the right supplements to boost their energy. This is mainly water and vitamins. It is estimated that the club has consumed 8’000 bottles of water throughout the past year which makes a total of 12’000 liters.

Z: “zesty”, the name of the special supporters that are always accompanying the team also for their away matches. They have gone to Zurich and Villa Cortese and they are also known for being the most active fan club in Poland.

PHOTO OF THE DAY: What happened here?...

Olympic Games on your phone