Many consider "Super Mario" to be one of the definite top five hockey players of all time, and after the Penguins' Stanley Cup winning run in 2009, Lemieux has also made history as an owner. 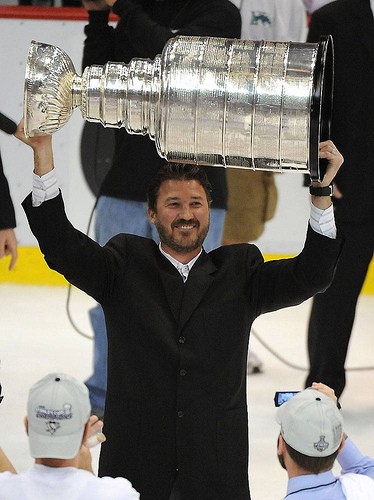 That championship season gave him the distinction of being the only man to win a Stanley Cup as both a player and owner, and forever solidified him as a Pittsburgh sports legend.

His dedication to the organization has never been doubted, as he saved the team from bankruptcy in 1999 and took a leading role in keeping the franchise in Pittsburgh when it was being suggested throughout the 2000s that the Penguins would move to another city.

Lemieux battled Hodgkin’s Lymphoma for the majority of his playing career, and many close the game acknowledge that his personal achievements and statistics could have been far greater if he had enjoyed optimal health. Lemieux founded the Mario Lemieux Foundation in 1993 which works to fund medical research projects.