Best player of the Russian national team in recent seasons Maxim Mikhaylov, spoke about how to spent holidays. But in this case the diagonal of Zenit Kazan emphasized on the training he did not forget, even on vacation. 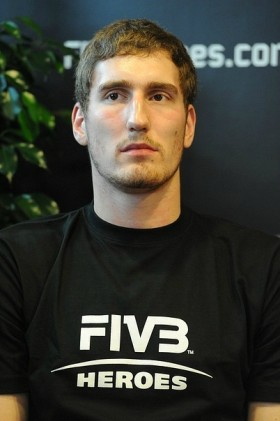 – I’m well rested, – Mikhailov said modestly. – Went to Dubai. Ten days of doing nothing, and then gradually began to study and prepare for the upcoming season. During the rest had to go to two weddings, home, friends had seen. But do not forget about training.

– How much more difficult to enter into a training rhythm?

– Based on last year is not easy (laughs).

– Probably not easy to start training when not so long ago you played for the club?

– In principle, since we have going on from year to year. So this season differs only that it Olympic. A World League has always started almost immediately after the end of the championship.

– Now to play for Russian team extra motivation is needed?

– No, you do that. This team, here comes one of their own volition.

– And in the subconscious mind will not save power of London?

– I’m not such person. And the mistakes of their learning. For many examples in world sport. And not just in volleyball. When you save power, as a rule fails the tournament.

– We know, what besides volleyball you take a great interest in other kinds of sports, whether it was possible to watch them during holiday?

– Yes, I watch English Premier League. I like how they play football.

– I like to watch NBA games, but during the holidays because of problems with the Internet and lack of time, just could not follow the regular season.