Russell Holmes, one-time Olympian, and one-time FIVB World League and FIVB World Cup winner each with the U.S. men’s national team is definitely an athlete from which other athletes who are at the beginning of their careers can learn from both in terms of sporting values and humanity. 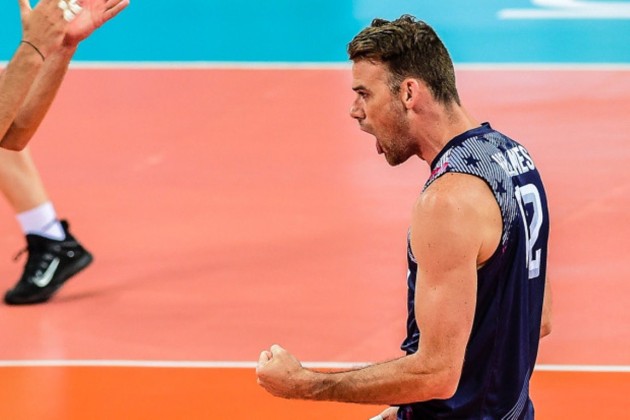 A 35-year-old Russell Holmes, until recently a professional but still an active volleyball player, has a highly interesting life in which he has shown loyalty and sacrifice in all areas. Firstly, in his personal life as he joined more than 70,000 missionaries of the Church of Jesus Christ of Latter-day Saints, which is a Mormon church, after graduating from his high school in 2001. There, he spent two years as a humanitarian. Upon his graduation at Brigham Young University in 2008, Holmes spent at least two seasons in most of the clubs whose jerseys he wore. He plans to do so with the club in which he played last year and which was his first non-professional club in 10 years – Blizzard Volleyball, competing in the newly formed U.S. national volleyball league (NVA league).

You were a part of the first NVA league showcase – how important is this for the U.S. volleyball?

„I believe this is something that is very important for the sport in our country. Having a professional league will open up so many more windows of opportunity for so many people across the country and the world: coaches, players, agents, managers, etc. Another league opening up in the world just means a larger market for growth in the sport. Having been one of those athletes I am excited for most of all my fellow countrymen who will now have the opportunity of competing professionally on their home soil. Finally, I am thrilled for our youth that now has something special to aspire to. Knowing that they can compete in a pro league in their own country, I believe, will just increase the number of athletes that we will see striving and pushing to pursue that next level which again just means growth for the sport of volleyball in the USA. Having a pro league will only increase the level of play and quality of athletes produced across the board from top to bottom,” Holmes said to our website.

Your team Blizzard Volleyball won the league. How would you rate the quality of the tournament?

“I was pleasantly surprised and very pleased with the quality of the tournament and how smooth everything was run. Those in charge worked tirelessly to make this event something really special and it was and I thank them tremendously. I’ve competed in every major competition out there and this tournament felt no different in terms of protocol and organization. Was it on as big of a scale as, say, World Championships? No. Were there 10,000 screaming fans in the stands? No. But it was organized, it was professional, and as an athlete, the big moments still felt just as big.”

The season 2011/12 was Russell’s best club season in terms of scored points in average, but the last season was his best when it comes to blocking.

What are the plans for the future of NVA league?

“What happened in Vegas was simply a taste of what’s to come. Now begins the NVA season which will run from January to June of 2018. The format will be 1 tournament (round robin) style event which will be held at the end of each month. At the end of the regular season, the league will take the top two teams from the west and the top two teams from the east and will host a final four tournament in June where a champion will be crowned. It’s my understanding that the league will keep with this format for the first few years until enough growth is generated that it can support a more traditional format like other leagues around the world. The future of the league, I believe, looks very bright. Already more clubs have come forward in hopes to join the league in 2019 and so we expect some good growth over the course of the year. The league is also already looking into making huge improvements in the live streaming of these events and to bring the action straight to everyone’s fingertips via smartphones, smart TV, computers, etc., thus, making the experience as interactive as possible for the fans to engage with. So, everyone, be sure to follow NVAUSA on Instagram, Twitter, and YouTube to stay up to date on these improvements and other news.” 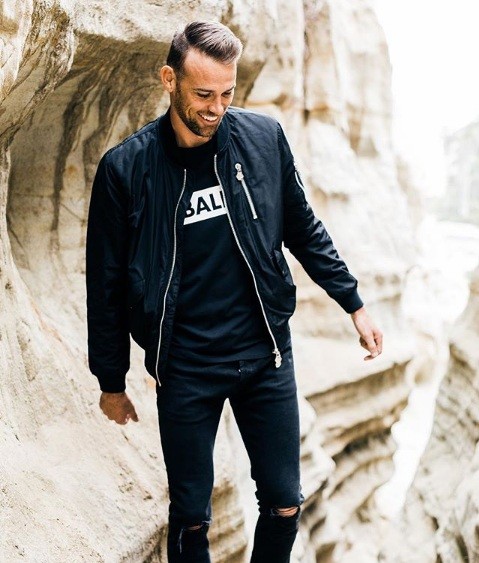 What NVA needs to attract more players and sponsors?

“I think the league is already gaining great attention from potential sponsors and players. I get messages all the time from both asking how they can get involved. We certainly can and must make improvements though in this area and so the key will be to simply deliver a quality product and brand that hopefully, everyone will want to be affiliated with.”

Do you think that there will be a space for foreign players in the future?

“The league is already strategizing on this topic. The hope is to enforce a two foreigner rule by the next 2019 season. The NVA recognizes, of course, the extreme amount of talent that is available in the USA and so we want to limit the number of foreigners that can compete here so we can give more opportunities to those with a passion to play in their home country. At the same time, the NVA knows the amount of talent that is overseas as well and wants to give limited athletes the chance to experience what this league has to offer while increasing the level of play in the NVA.”

What were the comments from your compatriots that play abroad?

“I have received so much positive feedback from all my friends and teammates that I have had the pleasure of competing with and against overseas. Everyone is thrilled and excited about the potential that is here to start a league and so many already look forward to when they can have the chance to come a compete here in the NVA.”

Are you going to play for Blizzard in 2018 as well?

How do you see the NVA league in five years?

“My vision and hope are that the NVA in five years will have the infrastructure in place so that it is sustainable from the ground up and clubs running independently on their own. I see much growth taking place from now until then with more teams and higher level players entering the league. I hope by then we can have one club from the NVA be represented at the FIVB Club World Championships. Perhaps even be able to host that tournament here in the USA.”

What would be your message for all young volleyball players?

“Be willing to do what it takes to be better today than you were yesterday. Then repeat,” Holmes concluded.