Did you know that volleyball is the most popular high school girls sport in more states than any other single sport?

Other high school girls’ sports get plenty of attention, but volleyball has moved to the head of the playing field.

The latest report from the National Federation of State High School Associations (NFHS) shows more girls playing volleyball than any other sport in 19 states. Track & field is second, leading in 14 states; soccer (10), basketball (5) and softball (2) round out the list: 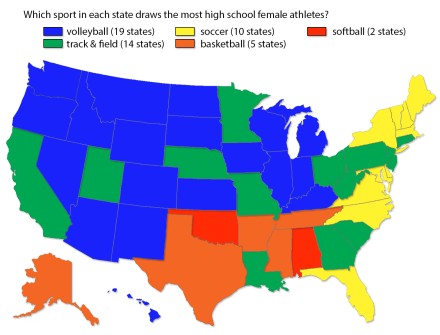 Volleyball is first or second in half the states, and ranks in the top three in more than two-thirds of the nation. 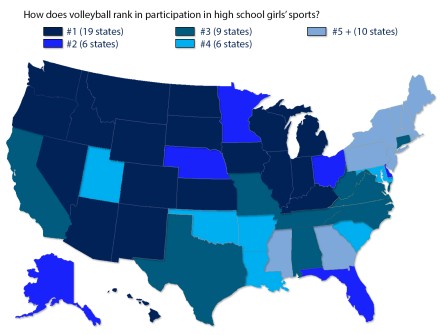 “Every athlete—it doesn’t matter what sport they play—they also want to play volleyball,” USC head volleyball coach Mick Haley tells us in a Court & Spark interview. “We are the most popular sport. No matter what the numbers say, you ask anybody out there.” 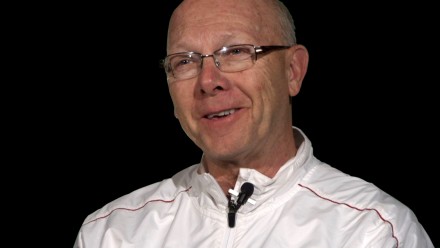 Pennsylvania is the only state where volleyball is not in the top 5, ranking sixth (cross-country is fifth). That seems a bit odd, considering the Penn State women’s volleyball team is the most dominant college program of the past half-decade.

Texas—home of the reigning national champion Texas Longhorns—has the most total high school volleyball players (44,513), even though volleyball trails basketball and track in the Lone Star state. California—home to 2011 National Champion UCLA—has the second highest number (40,507), but trails track and soccer in total participants.

Washington, with 10,398 high school girls playing volleyball, ranks 10th. It has the 13th-highest population of the 50 states. Wisconsin may be the most volleyball-crazy state: It ranks seventh in number of participants (15,328), despite having the 20thhighest population.

Vermont is the only state not to offer girls’ high school volleyball.