Today is the last day of the FIVB World League 2014 and it is time to summarize the tournament. 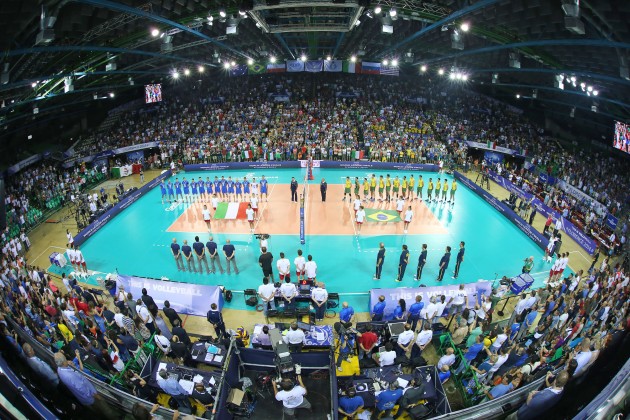 For the beginning, it was full of surprises. Perhaps the best example is Iran, which scored some big victories over volleyball giants and reached the semifinal of the final tournament! Something, which, for example, Russia failed to achieve!

But maybe the most spectacular result in this edition of the World League made Australia, which qualified for the Final Six and secured participation in Group 1 of the WL 2015!

Italy as organizer had the highest chance to win the gold… But, squad of Mauro Berruto was stopped in the F6 semifinal against Brazil. A lot of pressure obviously affected Italians to perform under their level in the crucial game…

On the other hand, USA is quite the opposite example. They were a step away from elimination in the first phase, but secured the place on the F6 in the very last match. And the similar situation occurred in Florence. Americans suffered a tough straight sets loss against Brazil, but Rooney and Co. showed a pure quality in the rest of the tournament and deservedly advanced to the final stage.

We left Brazil for the end on purpose. Because, it is not easy to describe their path all the way to the final. Squad of Bernardo Rezende was struggling throughout the whole first phase. And we used word “struggling” just to avoid being harsh. Brazil was on the edge of ending tournament on the last place of the Pool… But two straight wins against Italy away gave them the last-minute ticket to Florence… The third win in a row against Italy away gave them a place in the final!

We enjoyed this year’s World League, and we enjoyed the final tournament. Until the next time….Arrivederci Firenza!