Sometimes you can see that teams totally ran out of enthusiasm after losing in semifinal. As they just can’t focus for the bronze medal game, because the gold is not an option anymore. But, not Italians. Not this team. 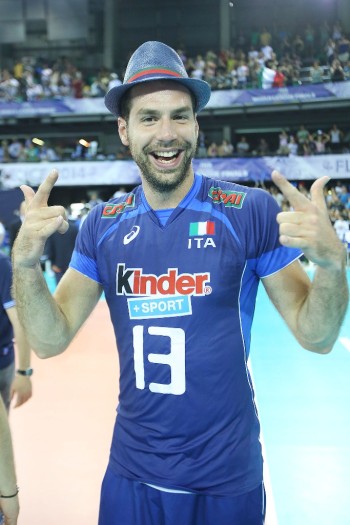 Squad of Mauro Berruto showed a great performance and a huge desire for victory in a third-place match. And they were rewarded with bronze medals!

In an exclusive interview for WorldofVolley, Dragan Travica revealed what was the motivation that pushed Italy to the very end.

“It’s important to finish the tournament with smile on your face. It makes a good picture. It is in our mentality to try to be the best as we can. We could not win the gold, but we could win the bronze, and that is exactly what we have done. Medal stays for the whole life. We know that we can do better than this, but we are still happy. To be third in such a strong competition is a good success” said excellent setter.

“There are many reasons for our loss. I still haven’t had a lot of time to think about them, but I think that Brazil has played the best game in the last three months, while we’ve had the worst. We were not good in serve, and therefore we could not have the good block either. We had to be more aggressive. I have the feeling that we were only waiting for their mistakes… But, they were almost perfect.”

Italy could have the opportunity for a rematch against Brazil in the upcoming World Championship, but Travica firstly want to think how to advance from a tough group…

“We have a very difficult group at the World Championship. France, Iran USA… It will be tough, but we like it that way. I hope that we will make a better result than in the World League.”

Lucarelli for WoV – “USA deserved this”