Colorado Springs, USA, December 19, 2011 – USA Volleyball has unveiled its 2011 US women’s national team yearbook which is now available to download on the website. 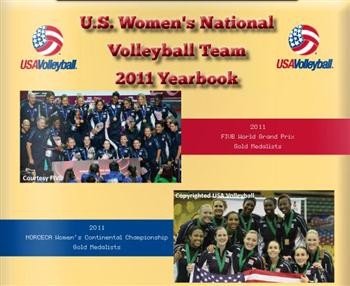 Following a successful 2011 which saw Hugh McCutcheon’s side defend their FIVB Volleyball World Grand Prix crown as well as clinch silver at the FIVB Volleyball Women’s World Cup in Japan, the national federation has published the yearbook.

Featuring information on every roster for every competition the US have competed at this year as well as full results and data among other things, the yearbook can be read for free. A men’s edition is also in the works and will be released in the near future.

OTHER SIDE OF WCH W: Meet FIAMMINA...