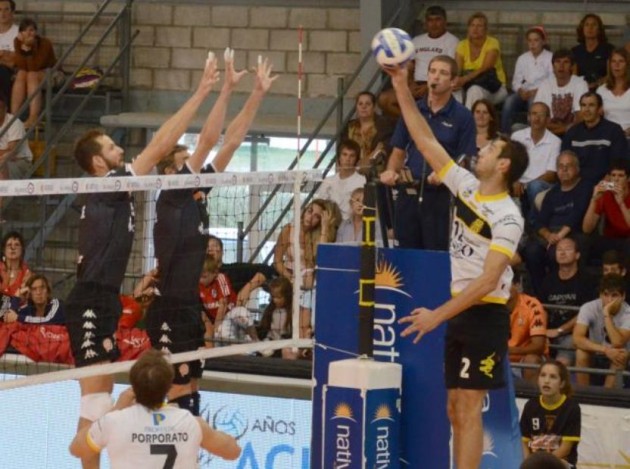 Olimpo de Bahia Blanca was leading on the first technical time-out (8-6). After that they increased their lead to four points (11-7). Buenos Aires Unidos couldn’t come back and the home team claimed the first set (25-19).

Buenos Aires Unidos had the lead on the stert of the second set (2-4). However, the host came back (8-6). Again the guests missed more than Olimpo, which defended better and maintained their game in the attack. Soon it was (18-11). A mistake (the 11th in the set) closed this set for for Olimpo (25-17).

Cristian Imhoff was the top scorer with 17 points, and Bruno Romanutti scored 16.