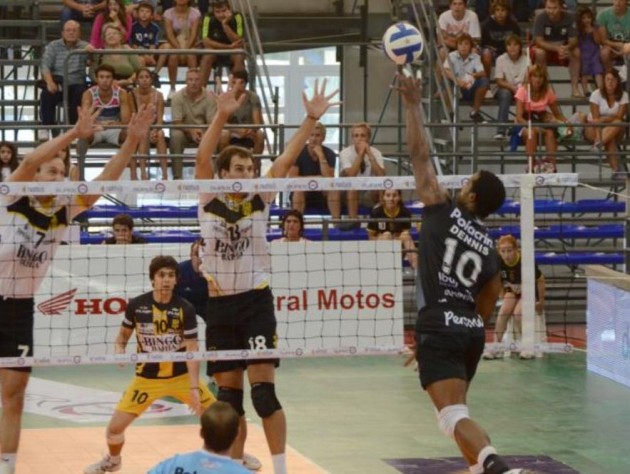 Personal Bolivar‘s block was almost impenetrable at the beginning of the first set and gave quick advantage of 3-0. On the first technical time-out it was 8-3. Bolivar kept the lead on to the second (16-11). However, the hosts started playing better defense and tied at 18-18. After that Personal Bolivar got the lead again nad finished the set (25-22).

The second set was even beter for the guests, (8-3) on the first technical time-out. The lead increased (16-10). Olimpo had difficulties with the block and Bolivar won it (25-16).

Fabian Muraco‘s team came off better in the third set, and went to the first technical timeout (8-4). Then they stretch the lead to 12-7. But slowly Personal Bolivar was getting into the game and narrowing the gap: they tied (18-18). After that they had no problems to finish the gam (25-19).

Cuban Angel Dennis had 19 points and was the MVP, Cristian Imhoff was the best in the home team with 11.