The knee arthroscopy was effective and Argentine opposite hitter will be back to train in three weeks. 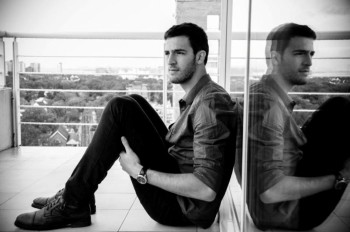 One week ago Ivan Castellani suffered an injury on the external meniscus of his right knee while he was training with his National Team in order to play the South American Championship. Without loss of time, he was operated and luckily he will be back soon.

After a magnetic resonance the 22 years old player found that the pain he had felt wasn’t a sprain, he had broken his meniscus instead. In consequence, he couldn’t get part of the Argentina’s roster for the South American tournament and left his place to Pablo Kukartsev.

Once the arthroscopy was confirmed, Montpellier’s new player showed his nervousness; he wrote on his Twitter account:

“I’m walking on the ceiling” referring to the next day surgery into the hands of Doctor Gabriel Solari.

Fortunately, about two hours after the starting of the surgery, his dad, Daniel Castellani brought calm to all the anxious fans and said:

“Ivan’s surgery is over. Everything is fine. Thanks Doctor Solari and Costa Paz. In three weeks he will be ready to back to work”.

By midday, Ivan himself reappeared on the social network and thanked everyone:

Now it’s time to load energies for the rehabilitation in order to come back to the court as soon as possible.

To read more articles from this country click on Argentina.

POL M: Michal Bakiewicz – “Czestochowa is in my heart”

ARG: Registered teams and pools for the...