Azul and Tapalqué, two of the cities where the friendly tour of the Youth's Boys Argentine and Italian teams is taking place are working hard to shape, together with other surrounding towns in Buenos Aires province, the Azul Volleyball Association. The goal is to join all efforts and work to develop volleyball in the Region that belongs to the Buenos Aires Province Federation. 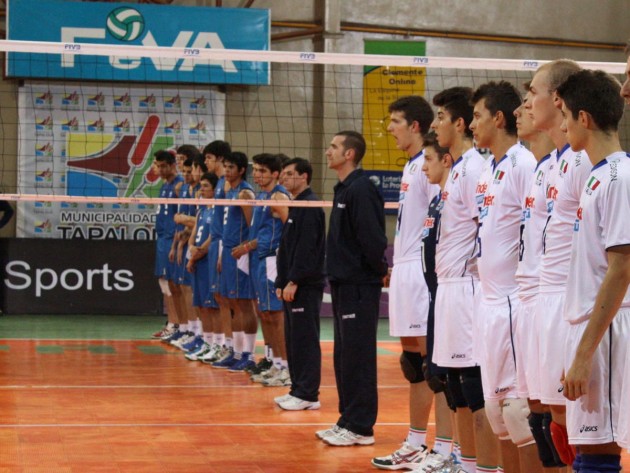 Tapalqué and Azul together with other Buenos Aires province towns

It is really a new refunding as the Azul Volleyball Association once existed. Rodolfo Pauluzzi, one of Azul most important and well known volleyball people explains: “Here we have the support of the Sport Director, Pieri Saldaño, we have the backing of the Argentine Volleyball Federation through out its President, Juan Antonio Gutiérrez and of the Buenos Aires Province Volleyball Federation so we are planning on going ahead with this idea“.

“We are working with local clubs officials, as this will bring the children to train volleyball and there is a social goal of joining all neighbourhood children to add members to all clubs” goes on explaining Pauluzzi, already working on the project.

The activity goes on even outside Azul already: “From Tapalque, already got in contact and visited us with all their both genders’ categories. They are very engaged, including their Sport Secretary, Gullermo Gottfrid, and his right hand, Marcelo Barra. In Alvear, we still have to get together but the teachers there are also already involved, we only have to prepare the forms and formula of the Physical Education Centre in a wider work, to involve the club more than just on school time, to win a greater number of players“.

He goes on saying that the same happens in Rauch, that has a a great Sport Centre that in the year 2011 hosted the friendly series of matches between the Seniors’ women teams of Argentina and Great Britain. Chillar and Cacharí, together with Benito Juarez (a traditional place where the Argentine Men League was hold) are all in the same path. We have seven cities united under the same goal. “Our idea is to carry out clinics with the local teachers of those seven cities and help them get involved and develop volleyball all together” add the coach.

“The idea is to add. The Sport Director engaged himself in creating the new Association and pay the fee for one year for the clubs so they can start without any problems. There are already former players that want to be part of the same. We only have to get together and ‘built it‘” finishes saying Pauluzzi.