BRA: Brazil Superliga to use challenge system during Finals

Following its success at the 2012 edition of the FIVB Club World Championship in Doha (Qatar) the Brazilian Volleyball Federation (CBV) have confirmed they will use the challenge system at Brazil’s men´s and women´s Superliga finals this year. Find all relevant news from volleyball world on worldofvolley.com. 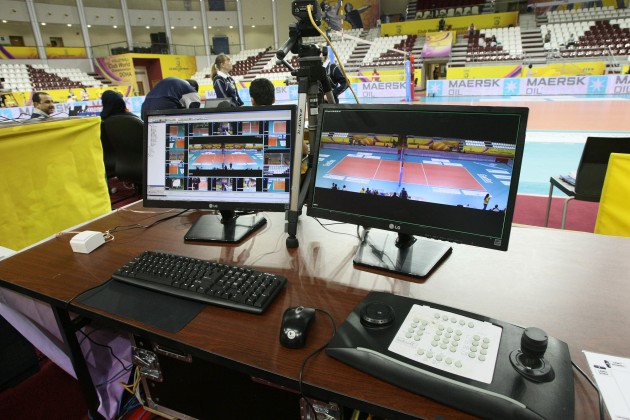 Brazil joins Poland and Italy in its use of the challenge system where videos cameras are set up around the court to allow team captains to approach the referee and challenge a point which they believe has been called incorrectly. The regulations for the video verification establish that it can be called upon a team captain’s request no later than five seconds after the rally has finished.

“We have bought technology that has already been used with success in Poland,” said Renato D´Àvila CBV Technical Director. “We were also in Doha last year and had the chance to watch this system in use at the championship. It will be a helpful and positive inclusion as it will be used responsibly. We would like to use this technology not just for the finals of the Superliga, but also in the future. We will study the best way to move forward with its use.”

Andrzej Jarzyna – CEO of TDS Polska Sp. Z o.o, the company responsible for the implementation of the challenge system – is confident that Brazil will have the required results using the technology.

“Refereeing a volleyball game can be a complicated task and for sure there are no perfect referees anywhere,” Jarzyna said. “We must give players a solution they can trust. Together with the CBV we must ensure that all referees are properly trained and that teams understand how to use it.”

Dr. Ary S. Graça F°, President of the FIVB also expressed his support for the system saying, “We cannot allow the outcome of a match to be decided by referee error. This is an initiative that we want to take to all competitions worldwide.”

The challenge system will also be used at the FIVB’s World League and World Grand Prix Finals this year.

CAVB W: Egypt secures its place at the FIVB Girls’ U18 World Championship in Thailand