Sollys / Nestlé (SP) and Unilever (RJ) will meet in the finals of the Super League. The decisive match will take place next Saturday in the hall Maracanazinho in Rio de Janeiro (RJ). 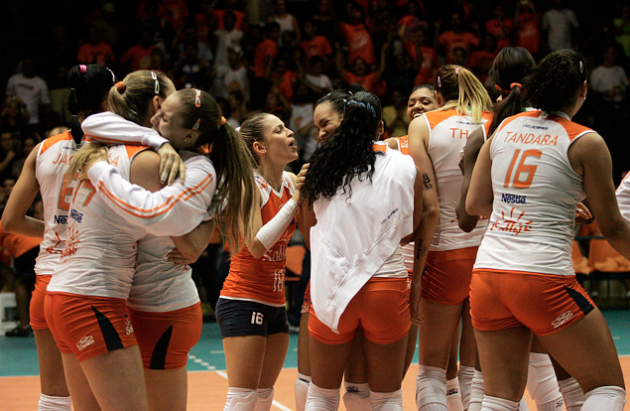 Sollys got 19 victories and 3 defeats in the qualifying round and reached 1. position on the scoreboard. Then it defeated BMG / Sao Bernardo (SP) in the quarterfinals and Usiminas / Minas Gerais (MG) in the semifinals.

Although the coach of Sollys, Luizomar de Moura, has confidence in his team, he bets on the balanced match.

“Sollys / Nestlé showed how strong it is by reaching the finals of the Super League for the third consecutive year. However, the match will be balanced because Unilever is a difficult opponent.”

The team from Rio took 2. position in the qualifying round, also with 19 victories and 3 defeats with only one point less than its rival. In the quarterfinals it eliminated Mackenzie / Cia do Terno (MG) with 2:1 and repeated the score in the semifinals against Volei Futuro (SP).

One of the most experienced players of Unilever, the center Valeskinha, emphasizes the importance of the preparation for the decisive match. “We will have one tough week to prepare for the match. Let’s watch many videos and train a lot.”