As is fitting for a major sports event, the 2013 Women’s European Volleyball Championship boasts an official song. UK artist Fuse ODG, a British rapper of Ghanaian descent, will create a great atmosphere. He is considered world-wide one of the pioneers of the international “Azonto” Dance Movement. 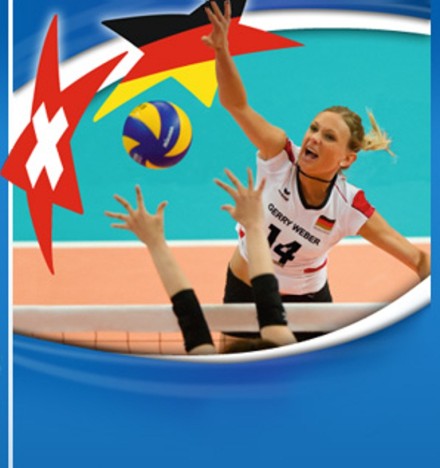 In his internationally successful hit “Azonto“ Fuse ODG links summer pop sound with African rhythm. Distinctive percussions create a driving rhythm and the famous and popular Afrobeat sound will be catching everybody upon hearing. The single “Azonto” by Fuse ODG has been published by B1 Recordings / Universal Music on August 30, 2013.

“Azonto” is not just the title of the song, but also a traditional dance from African Ghana. There, “Azonto” has become a kind of hymn for Ghanaian dancing that spread like wildfire within a very short time and is now experiencing a world-wide renaissance through Fuse ODG. The song was created in 2011 in a co-operation between Fuse ODG (Nana Richard Abonia), Africa’s no. 1 producer Killbeatz, and Ghana’s most famous female rapper Tiffany.

Now he presents the official song of the 2013 CEV Women’s European Volleyball Championship: “Azonto”, because the African attitude to life should produce the respective atmosphere in Europe and make the hips move.

D!´s Dance Club, the Dance Community of Detlef D! Soost with 140 partner schools in Germany, provides the dancers at the various venues. They will perform the “Azonto” Dance during the breaks and stimulate the spectators.

The highlight will be artist Fuse ODG performing the official European Championship song at the final at Max Schmeling Hall in Berlin on September 14, 2013. Accompanied by professional dancers of D!´s World Event and more than 50 dancers from  D!´s Dance Club, FuseODG will certainly create an unforgettable moment.

Did you ever play Mud Volleyball? (PHOTO)