MANY TEAMS WILL BE CHASING LUBE: Get ready for a big volleyball show in Serie A1

Those who watch the Italian Men’s Volleyball Championship still certainly have the miraculous ending of the last season flashing in front of their eyes. It is time for the new season in the world’s strongest club competition to set off! 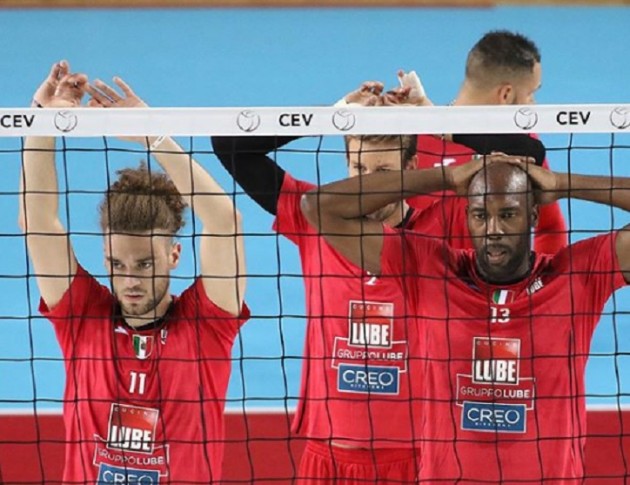 Can Sirci and Heynen get along in Perugia?

If the new season in the Italian Men’s Championship, that will carry the name SuperLega Credem Banca, resembles even a little bit to the last one that was decided in the tie-break of Game 5 of the play-off final, we can expect eight months of amazing volleyball. Losing a title decider after being two sets up against Cucine Lube Civitananova cost Lorenzo Bernardi a seat at Sir Safety Conad Perugia’s bench. Their President Gino Sirci, well-known in the volleyball world by not tolerating even slightest mistakes, decided to replace him with another figure who can be quite overemotional – Belgian Vital Heynen. It will be very interesting to see how these two will get along…

And that is, practically, the only significant change in Perugia. The roster underwent only cosmetical reconstructions – no major arrivals, no major departures. Perugia invested in the future by engaging prospect Ukrainian outside hitter Oleh Plotnytskyi from Vero Volley Monza who will be able to learn a lot from stars like León, Atanasijević, De Cecco…

The life of Lube without Sokolov

The transfer activity of Perugia does not apply to the titleholders Lube. The Italian and European champions lost the main attacking weapon, Bulgarian opposite hitter Tsvetan Sokolov, who went to Zenit Kazan, Russia. Lube hired Amir Ghafour as Sokolov’s replacement.

The Iranian will face enormous pressure to repeat performances of a famous “Tsetso“. Other players, familiar with playing Italian league and aware of the importance of defending the colors of such a big club as Lube, will have to help Ghafour. And Lube have plenty of those players: Juantorena, Leal, Bruninho…

Itas Trentino had an amazing regular season in the 2018/19 but lost the breath in the finish. The club management obviously trusts in the already existing coaching staff and squad given that they kept the backbone of the last season’s roster. Actually, it is hard to repeat such a streak of signings that occurred in the summer of 2018 when stars like Grebennikov, Kovačević, Lisinac and Russell came to the club.

Trentino fans still debate if giving up on a player like Gabriele Nelli was a smart move. On the other hand, Trentino’s officials calmed the fans down by hiring a beloved face – the Greek Mitar Đurić (his third mandate as player of Trentino) – to replace Nelli at the opposite hitter’s position. Furthermore, Trentino brought in silver medalist from the recent EuroVolley with Slovenia, Klemen Čebulj, and Cuba National Team member Luis Sosa. Thus, they will have the dream outside hitter’s department next season: Čebulj, Kovačević, Russell and Sosa. Oh, the sweet anguish for the head coach Lorenzetti!

The most-titled team in the Italian Championship, Leo Shoes Modena, closed the key deal for the 2019/20 season while the last season was still in progress. The 12-time titleholders persuaded planetary volleyball star Matthew Anderson to leave Zenit Kazan, Russia, after seven years! By announcing the transfer of an American outside hitter already in April, during the playoffs, Modena set the bar very high to their rivals when it comes to acquiring big names. Nearly none managed to reach the bar. Well, one team made it, but we will mention them later… However, Anderson will replace Slovenian Urnaut (went to China) and will definitely bring a new dimension to the play of Modena. Anderson will certainly do his best to gain the affection of Modena’s fans, who are very demanding, so they can expect him to make monster displays throughout the season.

Modena got one more valuable reinforcement this summer but outside the court – Andrea Giani. He is a true club legend, member of Modena as a player for 11 seasons, during which he won the CEV Champions League, Italian league and Italian Cup twice each as well as the CEV Challenge Cup and Italian Super Cup once each. Right after he retired as a player in 2007, Giani took over the bench of Modena but was dismissed after only a year. After that, he has been building his status among coaches for 11 years before being called back to the club that lies within his heart, saying goodbye to Allianz Milano. And who can lead one team better than a person who knows all of its secrets?

Monza made the biggest transfer bomb this summer – Kurek

But if you thought that betting on the Italian Championship will be easy because there are only four clubs who will fight for the title, you are mistaken! Besides the Great Foursome (Perugia, Lube, Trentino and Modena), who have been main title contenders for several years, three more teams are lurking from the sidelines: Allianz Milano, Gas Sales Piacenza (only newcomers to the top division) and Vero Volley Monza.

The latter has reached the bar that Modena set in transfer actions. The only player whose name can be compared to Anderson’s, speaking of those who strengthened Italian teams in the pre-season, is Bartosz Kurek. The arrival of the 2018 FIVB World Championship MVP and the winner of the gold medal at this tournament with Poland to Monza caused an earthquake on the volleyball market! And, if not because of anything else, Monza can be put among title favorites only because of hiring the well-known opposite hitter.

Consar Ravenna set the record when it comes to the signings this summer (12 new names, including head coach Bonitta), while Tonno Callipo Calabria Vibo Valentia had the highest number of departures (11 players are gone, plus head coach Bagnoli).

The regular season in the 2019/20 Italian Men’s Volleyball Championship begins on October 19 with the match between Vero Volley Monza and Allianz Milano. All eyes will be set on Kurek’s debut. Is there a better way for SuperLega to start? Definitely, no!

KOR M: Schmitt marks his return to V-League with 37 points but KEPCO fall to KB Stars

REMEMBER HIM? Sartoretti reminds fans on his...

ITA M: Stoychev is not the only...