Italy: Serie A2 Sustenium Round 21

Club Italia Roma – Crazy Diamond Segrate. Club Italia slipped to 13th in the league and are looking to turn things around. Not easy against Segrate still in the chase for top spot, they’re four points behind. 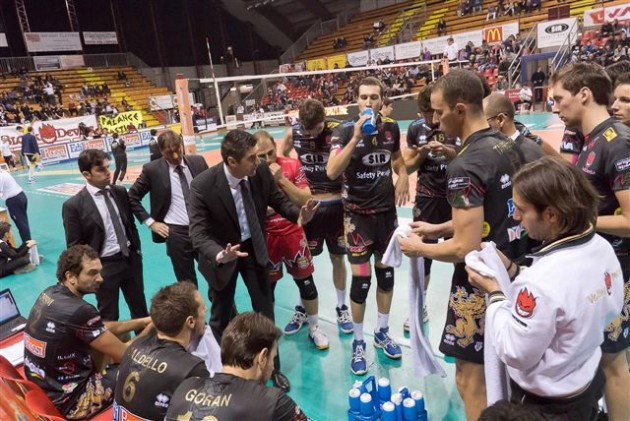 Globo Banca Popolare del Frusinate Sora – Energy Resources Carilo Loreto. Beaten in the last round by the leaders Perugia, coach Porro will make his home debut against Loreto, standing just one point behind after back to back three-point victories.

NGM Mobile Santa Croce – Edilesse Conad Reggio Emilia. Santa Croce still has to get a three-point win in this second half of season. Four tie-breaks in five games so far (2w-2l). They want the three points at all cost against Reggio Emilia, which run was stopped by Atripalda in the last round.

Cassa Rurale Cantù – Sir Safety Perugia. The league leaders want to stay where they are as they take on bottom of the league Cantù, beaten in the last three rounds.

CheBanca! Milano – Pallavolo Molfetta. Four points separate the two teams. It’s sixth against fourth as there are three crucial points at stake to stay in the leading pack.

Cicchetti Isernia – Caffè Aiello Corigliano. Isernia will line up new signing Ali Alp Çaiyr, who arrived this week. He will make his full debut abroad. Corigliano failed to get a point in the last three games.