Italian setter reached a huge milestone in his rich career. Four hundered games in Serie A is an acomplishment that hasn't been made by many players. Especialy in these days of financial pursue when players move around so often. 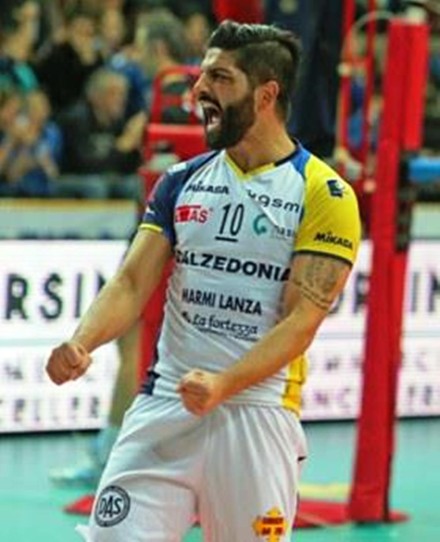 Dante changed a lot of clubs during his time in Italy. Started in the biggest of them all, Sisley Treviso but due to young age and inexperience was quickly moved from loan to loan. He spent year in both Napoli and Salerno before returning to Treviso.

His next stop was Ferrara which was his home for the three long and succesful years. Then he switched around between Monza and Montichiari in the next two seasons, then to Verona, before making career move to Piacenza.

Three seasons in Piacenza were amazing before he moved back to roots in Treviso but club eventually collapsed and after a short spell in Roma, he searched some options abroad. Skra Belchatow was the choice, then Doha from Qatar, and eventually he returned to Italy and Verona where he plays today.

SRB M: Can we fast forward until the Cup final?