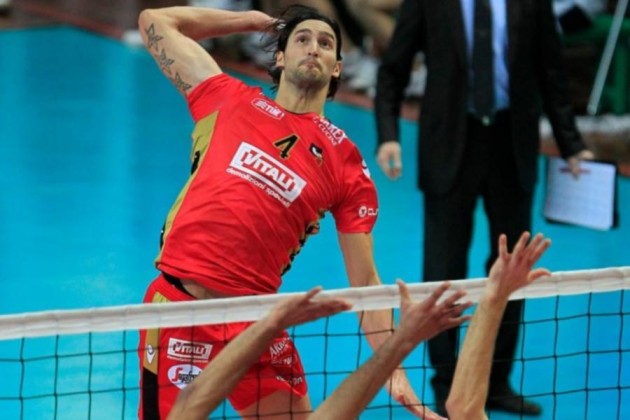 Roberto Piazza (coach Sisley Volley): “I am skeptical regarding the advantage of this event compared to the traditional playoff series. The club has seen the passion of the fans game after game: a traditional playoff match up would have been better, especially considering the fact we’d have been up against our big rival, Modena. But in any case, entertainment will be guaranteed with this formula. The first games will be crucial to define who will continue, who will have to make do with the Challenge Cup qualifications and who will go home. It remains a do-or-die formula. We’ll obviously give everything we have but so will our opponents. Latina won in Belluno and lost at home at the end of a long battle, which we won thanks to a little bit of luck too. This is also one of the teams that managed to beat Trento this season. On the other hand, Modena is a team that played a little under its real potential, which means they’ll be eager to show their worth. We have had a particular season, but we are still the same. We’re feeling good, the important thing will be to play with the same mentality as in recent games”.

Daniele Bagnoli (coach Casa Modena): “I have to say that, given the little time there is for the playoffs, this new formula is a good idea. The top four have the court advantage, and having been almost all season right behind the top 3 makes us regret even more certain defeats. The favorite will be Belluno, not only because they play at home, but also because they did well this year, they are in great shape and playing an excellent volleyball. In three days and two games, you can’t afford to get anything wrong, so we’ll have to be very careful at Latina too. We just have to maintain maximum concentration and if we want to win the two games, we’ll have to play much better than last Sunday”.

Silvano Prandi (coach Andreoli Latina): “The boys have to see that as a great opportunity. In two games we’re playing for a place in a semi-final. We know we’re going to have to do everything at our best to have a chance, starting with the serve, and then in attack and at the net. Only the best of our potential can give us a chance to continue this adventure”.

ITA M: Another test versus Monza