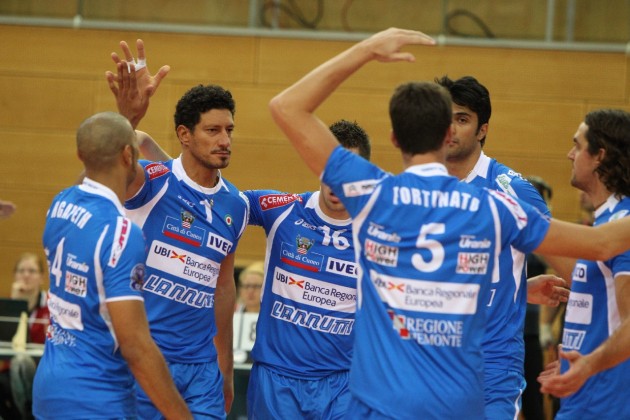 Wout Wijsmans (Bre Banca Lannutti Cuneo): “This is a difficult group because Vibo Valentia and Piacenza are tough teams. Vibo is a team that plays well, we’ll have to be very careful, there’s one chance and that’s it, we need maximum focus. Piacenza beat us less than two weeks ago, at home. We know each other very well, which will be a big factor. We’ll need maximum concentration against Piacenza, given what happened in the last game against them. We’ll have to make the court advantage count”.

Paolo Maffi (General Manager Copra Elior Piacenza): “In my opinion, our group is the tightest of the four. Cuneo is undoubtedly the favorite, they’re playing home and they’ve shown all their quality in the league. As for us and Vibo, we had an up-and-down season but both teams have great stars capable of changing the outcome of a game”.

Nikolay Nikolov (Tonno Callipo Vibo Valentia): “We’re going to play against two very strong teams, but we know it wouldn’t have been easy against anyone, there aren’t any team you can define “weak” in Italy. We’ll just go to Cuneo ready to give it a good fight, even if Cuneo and Piacenza are really playing excellent volleyball right now. We’ll always give our best and try to snatch the victory. We played very well both games against Cuneo in the regular season. They really found it hard against us and I think this will be another hard-fought and spectacular game. This will also be a good battle against Piacenza. This is also a top quality team, and when you meet teams like that you are extremely motivated to do well and show what you’re capable of. Surely two great games”.