Trentino made the first step towards its third league final by defeating Latina in semi-final game 1. In front of 2500 fans, the encounter went similarly to the one played just 11 days earlier in the regular season. 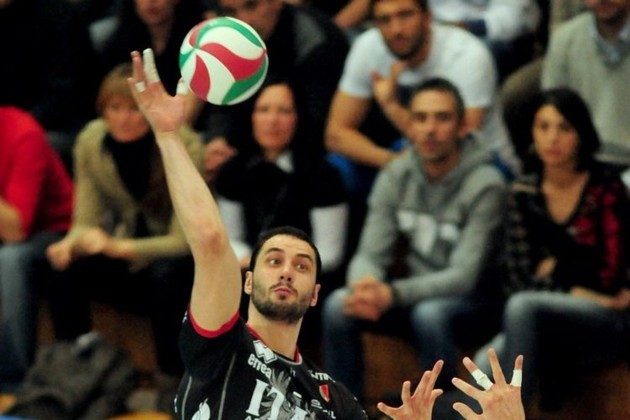 The Italian champs remained focused at all time to win over an opponent that had got rid of Belluno and Modena in the previous round.

Osmany Juantorena (Itas Diatec Trentino): “It’s a great result, we felt a lot of pressure on at the start but we immediately played strong. Latina served well and managed to make it difficult for us at the beginning then we got better and got this first important point of the series”.

Carmelo Gitto (Andreoli Latina): “We lacked conviction and quality in the play. In the first set we did very well to keep it tight while we started off the second without energy, we let it go. We hanged on until halfway through in the third, then Trento created a gap and we couldn’t come back”.