The President of the Royal Spanish Volleyball Federation, Agustin Martin Santos, was recently appointed Vice President of the Spanish Olympic Committee. Martín Santos was elected for the leading position in the national Olympic organization after the NOC General Assembly held in Madrid this past Wednesday. 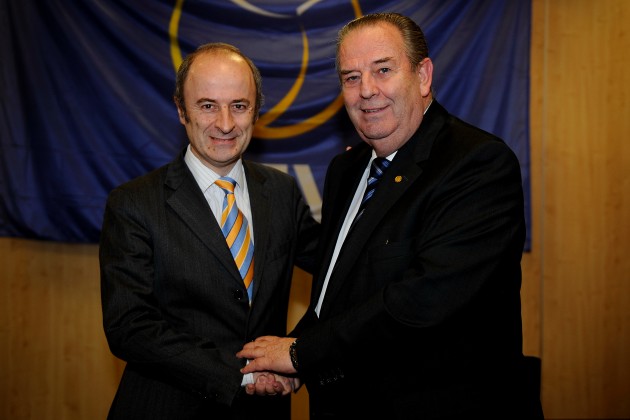 In the meeting, Agustín Martín Santos got his third consecutive assignment as member of the Executive Committee of Spain’s Olympic Committee, in an election where the head of Spanish Volleyball received the highest number of votes among all candidates.

Consequently, Martín Santos was designated for one of the two Vice President posts. It is the first time that a President of the Spanish Volleyball Federation is appointed to such key position in the NOC.

“This election is very important because it allows me to be part of the permanent board of the largest independent organization in Spanish sport and one of the most prestigious institutions in the country. This designation also constitutes a real recognition for Volleyball, as it is the sport that I represent” Martin Santos says.

In addition to his responsibilities in Spanish Volleyball and within CEV, and now in the Spanish Olympic Committee, Agustin Martin Santos also acts as Board of Administration member for FIVB and Secretary General of the Spanish Sports Confederation.