Players from Volleyball Canada’s men’s full-time training centre (FTC) are heading to Montpellier, France, for the second year in a row. 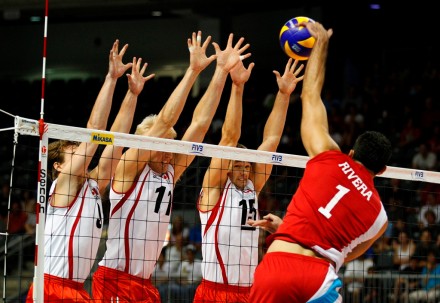 They will train at the CREPS (Centre de Ressources d’Expertise et de Performance Sportive in Montpellier), where athletes train similarly to the FTC athletes at the Centre Sportif de Gatineau, Quebec.
“This is great exposure for the guys – first to apply their skills that they’ve been working on at the full-time training centre, and also for the French league pro teams to see what young talent Canada has to offer,” explained men’s coach Vincent Pichette.
Once in France, the FTC players (roster below) will also get the opportunity to play against professional teams, including teams with Canadian pro players on them.

The schedule is as follows: