CHN W: Senna Ušić – “I would like to stay in China”

Senna Ušić Jogunica said for sports.sina.com.cn that she would love to play in Chinese Championship in the next season as well. 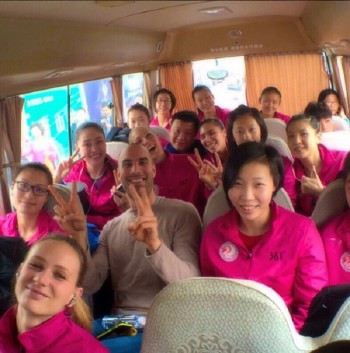 Croatian opposite did not manage to win the title in China, as her Shanghai lost the final from Bayi, but she stated that she is very satisfied with this season.

“Our team played really well. Despite we have encountered many problems we reached the finals and I am very proud because of that. Bayi was just better in the finals and I congratulate them on the title” said Senna Ušić Jogunica and added that she would love to return to China in the next season.

“In Shanghai I feel like at home, and each member of the team is like a family to me. Level of volleyball is very high in China, and I am very satisfied with the league. I hope I would be able to remain here, but of course it also depends on the club.”

As this season is over in China, a lot of clubs have already sent offers to Croatian player to return to Europe. According to some sources she might play the rest of the season in Italy…