Slovenia and the Netherlands were searching for their first win in the tournament and Slovenia opened pretty well there going up 10:6. 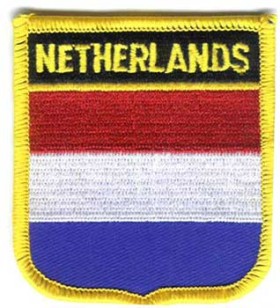 However, the “Oranjes” got back on track and drew level at 24 all. The Slovenians reacted promptly and finished it off with the score of 28-26. Slovenia caught an excellent start and went up 12:4 in the second set and without slowing down their pace could go for a speedy 25-13. The third set was more balanced but after the second mandatory stop Slovenia once again took the lead, closing the game with the score of 25-20, and keeping alive its chances to make it to the final round of the European Championship.

“We are very happy for this victory against a good opponent like the Netherlands. Yesterday we had not spent a lot of energy, so today the boys had the right emotional charge” stated Slovenian head coach Samo Miklavc after the game. “We played very bad, I’m really disappointed” said a visibly upset Dutch head coach Arnold van Ree.

NORCECA W: Costa Rica outplay Mexico to even their record

CEV M: Finland clips European ticket as France has to wait for results of other group