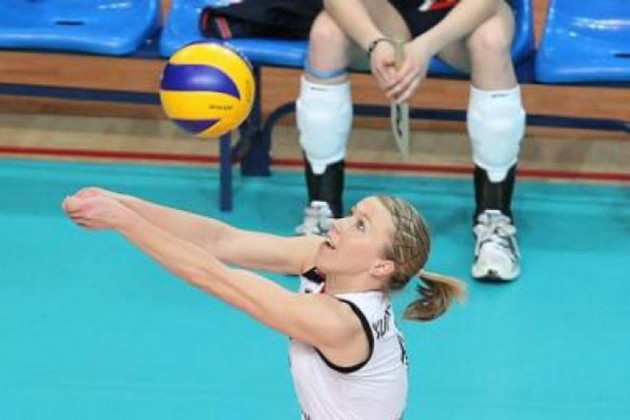 You take from Wroclaw one point. Looking from the perspective of two days – are you satisfied with the achievements?

“Now I can say that we are satisfied. But for the first time, immediately after the match, it was a disappointment, because everyone wants to win”.

What was the reason for your defeat?

“The lack of consistency on our part, especially at the ends of sets”.

The first set you played very well and won 25:19. Then the situation has changed 180 degrees. Could this be the result of distraction, too much confidence?

“I think that Impel began the second set much better. This is the team not easy to beat, it is a very good team. Girls from Wroclaw after the first set, which lost, started to play better volleyball. I am glad that we catch up them in the fourth set and align the state of 2:2.

How will you assess Impel game?

“Anyone who watched the game or saw a report after match, will not have a problem with the assessment of the situation. Regardless of whether the adoption was better or worse, in the middle of situational ball was running non-stop.

What you get on Saturday?

“Of course, we go out with the attitude to win. In such a situation, what is this year in the league, one point will be able to decide who will be on the tenth place, and who on the fifth. We want to play good volleyball, earn points and win”.

The team plays better in defense. This is due to the fact that the greater emphasis on this part on the training?

“Nothing in training has been changed, which would make the play better on defense. I think a lot depends on the opponent, which is a tactic, and of how we will play in the formation of block-defense. Defense does not come from nothing, if we have no block, there is no defense. If the block we have improved, the defense also looks different. And from what I remember, in the initial phase of the tournament happened, for example, we have less than five blocks in the match. It is a completely different situation, because we are better or equivalent to block from your opponent, and it translates into defense”.

How such injuries as Rita Liliom and Ewelina Krzywicka, affect a team mentally?

“This is unpleasant for every player, but unfortunately the sport is brutal. There are so many girls on each item that we have to change and easily adjusts to the next person, because everyone wants to play. I think Rita will come back very soon after surgery, and Ewelina will came quickly, and both will return to the team”.

What do you wish you and the team for Christmas?

“First of all points. And besides, peaceful vacation with our family and relaxed, festive atmosphere. This is useful, because we are rarely home”.