POL M: “They lost, that allows them to complain” – said Lukasz Perlowski

Pawel Zagumny, setter of Zaksa, accused referees that they had a huge impact on the final result of polish Supercup, and it wasn’t too long while the answer arrived from the Asseco Resovia. 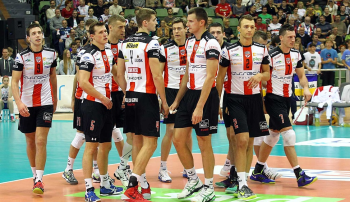 Lukasz Perlowski, middle blocker of the champion of Poland, said that there were mistakes, but they didn’t decide a winner:

“Both sides had some doubts after certain calls. But referees are humans, so they have right to make mistakes. Especially now when volleyball is a very fast game. It only works one way – they lost, so that allows them to complain on the referees.”

Perlowski stated that a long pause, at the end of third set due to power failure, could have affected the game:

“I have not played such a long match. We had to warm up three times. For us it would have been better that we played all the time. During breaks the body cools down and the adrenaline is no longer the same. We had to work out from the start everytime.”

POL W: Muszyna will play for the...