After a difficult success obtained in five sets against Italy, Russia qualified for the final of the 28th Montreux Volley Masters 2013 where they will play against Brazil. The best scorer of the match was Valentina Diouf with 24 points. 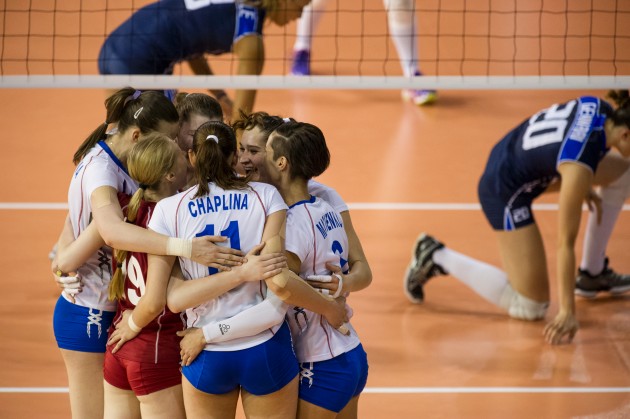 Since the beginning of the game, both teams put forward their best play and look how to best exploit weaknesses of their opponents. This was for the greatest pleasure of the spectators, treated with a fast and spectacular volleyball.

The first set was taken away by the Russians who knew how to manage key moments to win the first round on a score of 25-23.

In the second set the advantage was this time for the Italians who, managing a slight advance during the entire set, finally took it 21-25.

While the third set seemed acquired to the Italians (22-17), the Russians showed realism and efficiency to transform the advantage in this semi-final and lead 2-1.

The fourth set speaks for itself, as the squadra azzurra clearly dominated it (25-13)!

The tie-break was thus determining for these two magnificent teams: the Russians quickly took three points beforehand in this decisive set, and beside the talented Valentina Diouf (best scorer of the game with 24 points), the Italians never came back, defeated 15-11 in a last exciting set.

Read the other news from this tournament on Montreux Volley Masters 2013.