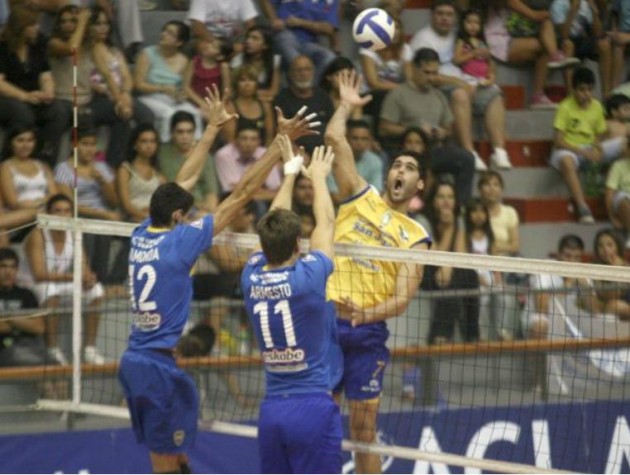 It was a good start for UPCN in the first set with Evandro Guerra as the most effective in attack, although with some reception problems. It was a tight game with the score 17:16. The game went point to point, changing in attack on every play until the final stretch, when UPCN San Juan got five straight points and won 25-20.

The second set showed a high performance of UPCN, the team was undermining their rival’s defense. San Juan didn’t write off any ball and won all the long points (17-12). The lead continued to grow and they won the set 25-16.

Brazilian Evandro Guerra was the top scorer with 18 points.

For more volleyball news from this copmpetition click on Argentina.