Javier Weber is no longer head coach of Argentine national team. According to the canchallena.lanacion.com.ar he is the victim of conflict inside FEVA (Argentine Volleyball Federation). 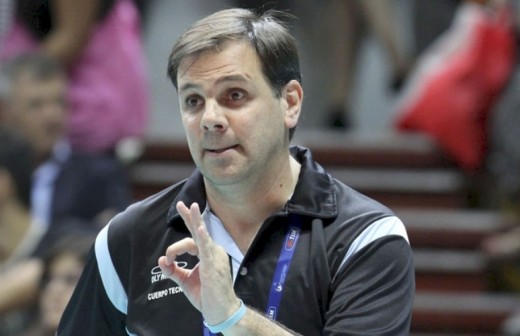 As they wrote, selfishness, improvisation and betrayal amongst the people who led the FEVA were the key reasons.

Javier Weber has become a head coach of Argentine in May 2009. Under his leadership Argentina played five times in the World league and had a few ups and downs. In 2009, he took fifth place in Belgrade. After a year, he finished 10th in Sofia while in 2011 he took fourth place in Gdansk.

The biggest challenge was in London 2012, at the Olympics. After passing the group stage, Argentina was stopped in quarterfinals. Brazil beat Weber’s team. Also, Facundo Conte and captain Rodrigo Quiroga didn’t played. Conte had to go on shoulder surgery while Quiroga has demanded some changes in forms of work. Because of that, Weber took off his armband and gave it to the Luciano de Cecco…

After the Olympics, the president of FEVA, Juan Antonio Gutierrez, had a new candidate to replace Weber. They tried to set Waldo Kantor as a head coach, Esteban Martinez and Hugo Conte as assistants. But at the end, they didn’t replace Weber and his staff.  They all agreed that Weber should lead the team at the Olympics in Rio 2016.

Later, Weber heard about FEVA’s movements and he said:

“I don’t have unanimity of the leaders, so I want to resign from national team.

Gutierrez has replied to him:

“No, Javier, we trust you and you should continue to lead the team. You are right person”.

“I’m grateful to Javier Weber, who completed one cycle, so we made decision to accept the resignation of Weber.”

“I’m very hurt and I didn’t want to resign, but I’m fired I think. The previous Christmas I was disappointed by the leadership of FEVA, because I thought that I was a part of long-term project. I always was worked to make Argentine volleyball better. “ said Javier Weber.”

Now, there are two candidates to replace Weber. One is Marcelo Mendez, this year’s world champion with Sada Cruzeiro. Second name is Julio Velasco, the head coach of Iran…