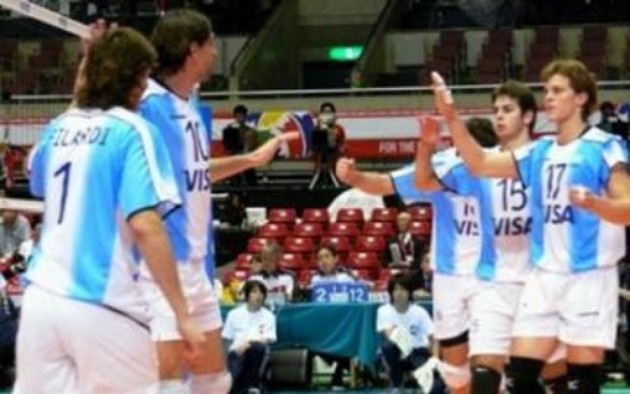 Jose Caceres, captain of Dominican Republic: “It was a good game. We never had played before such close match against Argentina. We could pull the upset, the surprise, and now we have to concentrate in our next rival. Mexico owes us something. I have a nailed spine. They put us aside of the bronze medal in Mayaguez and also in a Pre-World. We must continue to improve to win and advance to the semifinals. “

Maximiliano Cavanna, player of Argentina: “It was a long hard game. Dominican Republic rose to the occasion. Fans helped and motivated enough, that’s always an extra. We were able to exploit some errors to come out winners. We resisted their serves, and that was the key of the game.”

Osiel Vazquez, coach of Dominican Republic: “The game showed that Argentina has time playing as a group and are united in their game. They have the experience to excel and improve in the same game and win. We were down with our serves and spikes and our attackers didn’t reach even to a 40 per cent. The errors were too much and these things happen when you don’t have enough chances to compete, they haven’t play together enough. Against Mexico the strategy is to try to force them to play as slow as possible, since they are quick and tough. If we improve our serves, we have the chance.”

Fabian Muraco, Coach of Argentina: “The Dominican are a great team, They gave us a good match and we could win it taking advantage of the minimal errors. We studied all the players and knew it was going to be a tough match since the Dominicans are taller and we knew their attack was going to come over our blocking. We decided to play the easy balls leaving the tough ones without any concern. We have it clear that the game was going to be tough. We controlled the balls we reached, and that’s why we won. The match played by the hosts was a great experience It was a great experience for the team of Argentina.”