Among their preparation for the South American Championship, that qualifies for next year's World Championship, the Argentine Youth's Team coached by Julian Alvarez will welcome the Italian's Youth to make a friendly series tour of six matches, August 13th - 20th. 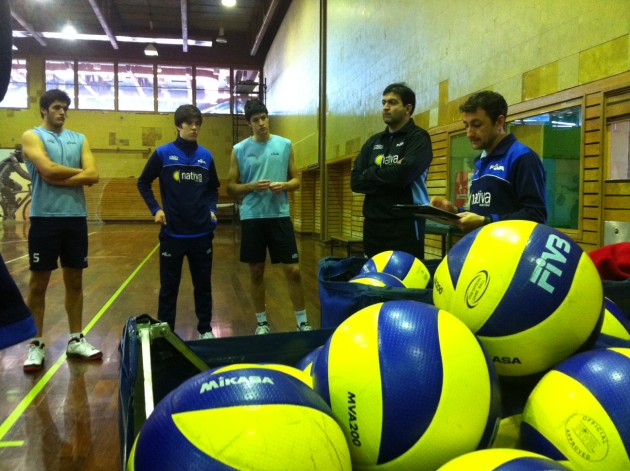 The light blue – white team will concentrate August 8th at Cenard facilities, where they will play the first friendly match: Italy is arriving to Argentina on Monday, August 13th will train and face the host team on Tuesday,August 14th during the morning hours.

That same day, both delegations will travel to Buenos Aires province city of Tapalqué, about 300 kilometres from the capital city to visit first the City Hall Mayor, Gustavo Rodolfo Cocconi and other local authorities while in the evening at 20.00 they wlll play the second friendly match.

Then, they will move to Azul, a city that has enjoyed volleyball during many years with the Argentine A1 Men Teams League, playing there two more matches On Thursday and Friday, August 16th and 17th, both at 20.30. Between matches they will also visit local authorities.

Finally on Saturday, August 18 they will arrive to their last playing venue city, Bolivar, another important Buenos Aires province Volleyball city where they will train during the morning and play evening matches at 20.00 on Saturday and Sunday.

Italy will leave the country on Monday, August 20th about noon, time for disconcentration of the Argentine team.

ARG: 470 participants at day 1 of the Argentine Coaches Congress in Santa Fe