VEN W: Veronica Gomez has passed away in her country

Venezuela’s Veronica Gomez has passed away in her country. The cause of death is unknown as of press time. 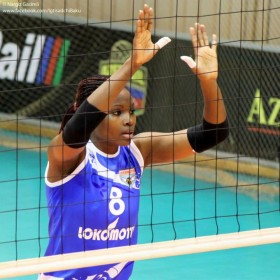 The 26th year old returned to Venezuela after an Achilles tendon surgery which she suffered while playing for Lokomotiv Baku this season in Azerbaijan.

Before to the Azeri League, she played for Tongeren in Belgium, Caja de Avila in Spain, Koniz in Switzerland, Uralochka in Russia and Metal Galatiin Romania. Throughout her professional career, she achieved the following:

On behalf of all the volleyball fans from around the world, we send our deepest condolences to Veronica’s loved ones.