A serious crisis is hanging over Levski Ball Sofia, according to Bulgarian media. Its players hardly receive a monthly salary as “Bulgaria Today” found out and sportal.bg transferred. 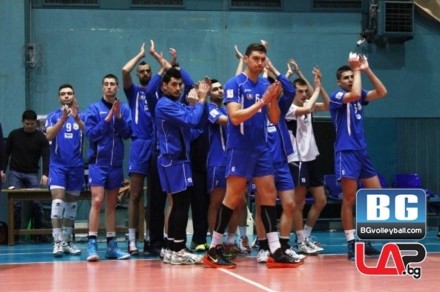 Poor state in the team is not from yesterday or today, but with the arrival at the club of the president Vladimir Nikolov, last year, things were supposed to get better. Or so he claimed.

But unfortunately, only in the first two months everything was as a former captain of the Bulgarian national team promised. When he came, there were reasonably good working conditions in Levski. The players were using a heated gymnasium for training and receiving full wages, though not regularly.

But, things suddenly totally turned. The club stopped paying the players. The management could not even provide the locker room. Currently, Levski players are taking bathe and changing in women’s locker room.

“Bulgaria Today” learned from well-informed source that the players of Levski receive 100 Levs per month (53,5 Dollars)! It came to the point when they had to pay from their pocket for almost everything.

The players also had to secure food and hotel while playing outside Sofia. The only thing the club was paying was traveling when the team visited clubs outside the Bulgarian capital.

At the same time the bosses of Levski were taking a percentage of the salaries of their players after they go abroad.

No matter to these problems, Levski won Bulgarian Cup in previous season and qualified for the playoffs this season.

Our Website has a section Bad Payment Report and is available only to WoV Community Players! There you can talk about the teams who didn’t pay you and to read some advices. If you want to be a part of our BPR section, you need to claim or create a profile in our WoV Community base.

This happens when you make Nikola Grbić angry (VIDEO)