Head coach Brecht Van Kerckhove and his assistant Johan Verstappen recently got together with some of the players included in the roster of Noliko MAASEIK. Only five are currently available to start the preparations for the 2012/2013 season as many are busy with their national teams and will join the second qualification round for the 2013 CEV Volleyball European Championship coming up in early September. 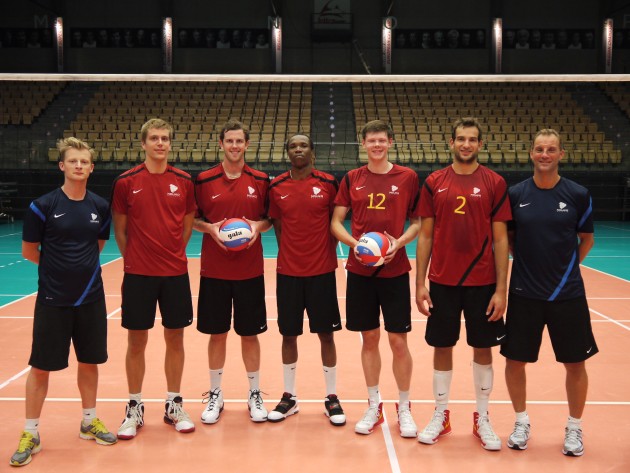 Two additions to the roster, Dutch middle-blocker Lars Lorsheijd and US American setter Kyle Caldwell, are already in Maaseik. “Everyone is very motivated and eager to start” states Van Kerckhove. “As we closely and fruitfully cooperate with Dutch club STV Netwerk TILBURG, we can invite their players to join us and make our training sessions more effective. The complete roster will be available only by September 16” he adds.

Noliko MAASEIK will be participating for the twelfth consecutive year in the CEV Volleyball Champions League, having been assigned by the DOL to Pool F together with Turkey’s Arkas IZMIR, that last year finished fourth, Spain’s CAI TERUEL and Bulgarian rookie Marek Union-Ivkoni DUPNITSA.

ECJ M: “We have to kick-start the breakthrough of Volleyball in Denmark” says Danish captain Peter Trolle Bonnesen

ITA M: Burgsthaler – Working hard but with a smile