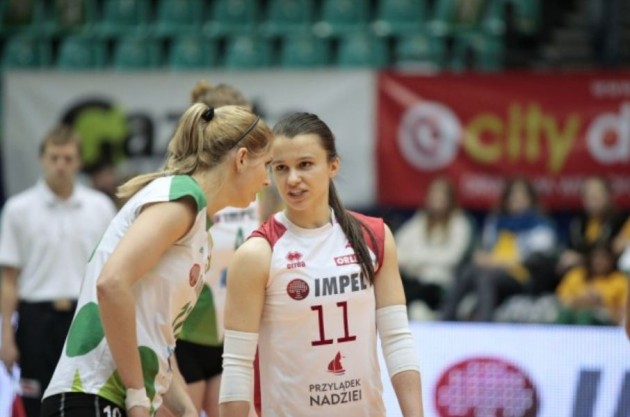 The match was very emotional. In the first set both teams played point for point. The end was very interesting, but BKS were cooler and and resolved it to their advantage, winning 22:25.

Imepl was laeading 6:2 in the fourts. BKS had several successful actions that led to a draw. On the second technical time they were leading 15:16. The visitors won 21:25.

The top scorers were Pyziolek with 22 points for Impel and Frackowiak with 14 for BKS.