In the Pile begins the Polish Cup final tournament. Among the participants for the first time in 9 years is not Bielsko-Biala. Bielsko-Biala lost on Wednesday in the quarterfinals against Impel Wroclaw. This and other volleyball news read on Worldofvolley.com. 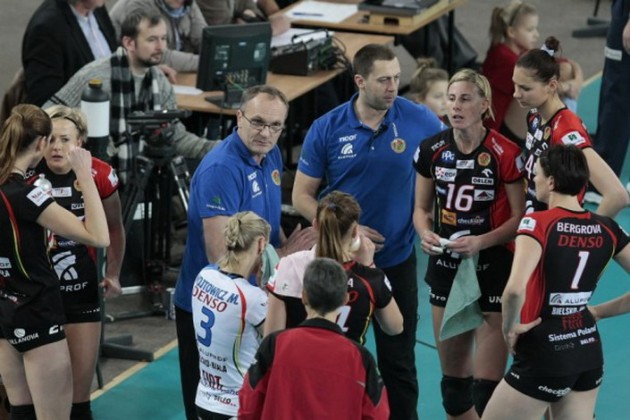 “We were just a few points away from the final tournament” says Mariola Wojtowicz, BKS Aluprof BIELSKO-BIALA libero. “In the second set the girls showed what they can do. Perhaps Wrocław players simply played more relaxed then us. Each one of us really wanted to go to Pila and fight for the cup” BIELSKO-BIALA player explained.

“Until the end we believed that we can win. We did not lose our heads after we were losing 0-2 in sets” states Marta Szymanska.

The coach Wieslaw Popik said “Our team was out of luck. Helena Horka still not ready to play at one hundred percent and also Italian player Elisa Cella. Both tried to help the team on Wednesday but it was not enough.”

“Match with Impel is history. We prepare to fight in the league” says Mariola Wojtowicz.