The President and Vice President of the Polish Volleyball Federation have been in custody in Warszaw for more than three months. Their health continues to deteriorate. 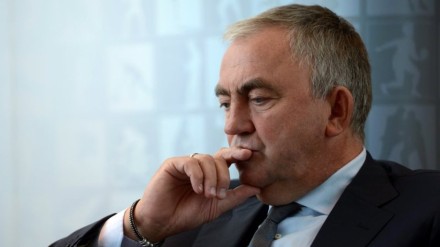 The District Court in the Polish capital decided on February 5 that Mirosław Przedpełski (former President of the Polish Volleyball Federation) and Artur Popko (former Vice President) will remain in custody.

A few days after the court’s decision, which keeps the pre-trial detention for both, Popko had serious health problems. And cardiac surgery was necessary according to sportowefakty.pl.

The reports on the state of health of the former Vice President of the Polish VF were neglected. Popko’s first chest pain initially was not taken into account. Only after the changing of the guard in custody and when the doctor conducted the examination, it was decided that Popko should be instantly transferred to the hospital.

Popko’s health condition deteriorated again on Thursday, February 26, and he was again was taken to the hospital. It’s not known what’s wrong with him at this point.

Also, the health situation of Przedpełski continues to deteriorate. Shortly after the surgery that Popko went through, the ex-president of Polish VF needed to be hospitalized as well and undergone a major surgery.

Recall that the request for provisional arrest was made on November 14, 2014. They were accused of taking bribe in organizing 2014 World Championship.

From this point on, both detained in custody because there is concern about their cheating and obstructing the proceedings due to severe punishment they face, according to the District Court.

The first hearing of Przedpełski and Popko is scheduled for March 2, exactly 107 days from pre-trial detention.

KOR W: Altos shows its strength to Hyundai before their playoff clash

Bojić – “Behavior of some Paris’ players irritated me, I started arguing…”