POL M: Piotr Gruszka – I welcome the determination of the boys

"A long time I have not played in front of a packed audience. The more I'm glad to be back" says Piotr Gruszka about the match against Asseco Resovia witch after six years he played in front of an audience Olsztyn. Read latest volleyball news on Worldofvolley.com. 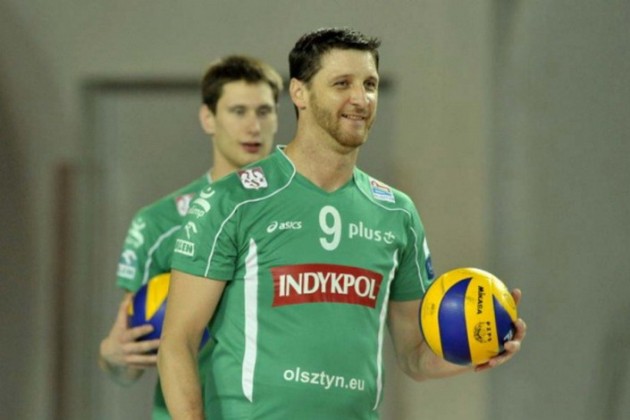 Actually, that was close, and Asseco Resovia won. What happened that you lost those few points ahead in the fifth set?

“There are missing much. Polish Champion got the force at the end and took advantage of our moment of weakness, a moment of such a lack of determination to finish this match in our favor. Well that’s life. Certainly there was a chance to win these two points, but we could just as easily lose three points”.

Do not you think that this was due to the lack of volleyball experience that is sure to have players Resovia?

“No? I do not think as much as the experience, but it was more about the excitement here and I think it played a greater role. Unfortunately the game to fifteen points, so long as their not score you have to use only those emotions into action volleyball and it is certainly very important. I am glad, however, aggression and determination the boys who fought hard for the points”.

Nevertheless, after lost two sets not only you fought bravely and not give rival three points?

“I think it was the most this determination, which was evident in the fourth set to allow us to lost points. As I say, this game can be divided into two stages, ie, we could lose these points, but there was a chance to get two points”.

One point fought with the enemy or as Resovia has, however, left wanting more?

“It is known that a strong team Resovia so glad this point, but if you get a chance to use it. It already is, in turn, another match that we have a chance at some points, and somewhere out there is something missing. Therefore, a lack unfortunately remain. Even losing 2-0 to the Master Polish and then fight for the points is something”.

How do you feel when you return to Olsztyn?

“Cool, Olsztyn living for volleyball and volleyball people are needed here, which I like. Atmosphere at the game was very cool. I think the fans will expect more such meetings. Definitely will be waiting for winning matches, but victory because they give more satisfaction than a good game and an exciting game”.

I suppose You have not played in front of a full hall of you fans?

“That’s right, long, long time. A bit of a break there. The more I am glad that I went back to the atmosphere and the excitement of match”.