RUS M: Transfer of Marouf was a failure, Roca’s arrival was jackpot – which group will Łasko go to?

In the coming days, Russian team Ural Ufa will sign a contract with ex-Italian Men’s Volleyball National Team opposite Michał Łasko, who will replace injured Pavel Moroz. “Business Online” remembered some other foreign players who came to the Russian Championship during the season. Some had a positive influence on their clubs, but some did not… 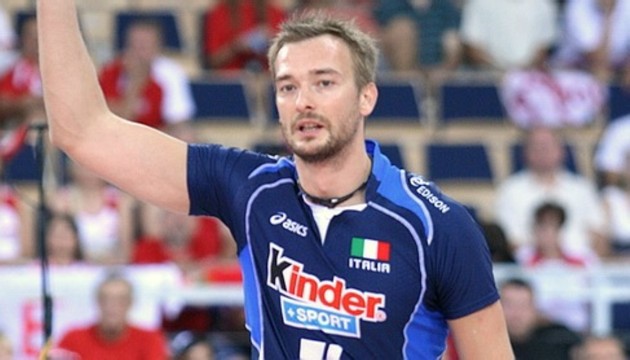 Kournetas came instead of Ukrainian Dmitriy Starozhilov and quickly fit in the squad. Belogorie immediately started 8-game winning streak. However, in the playoffs, Kournetas did not play well and lost his place in the line-up in the final against Zenit Kazan.

Despite the fact that Yaroslavl almost shocked Zenit in play-off quarterfinals this season, former captain of the U.S. National Team at the 2008 Pan American Games had average of only 2 points per game. In Hein’s defense, he was brought to give support from the bench.

Freriks came to Belogorie in the spring of 2012 but his appearance surprised everyone in the club because there were already Igor Kolodinskiy and Vadim Khamuttskikh on his position. Allegedly, coach Gennadiy Shipulin wanted to do a shock-therapy because he was not satisfied with either of them. Freriks joined the team after the second match of the 1/8 final playoff series against Gazprom-Yugra Surgut, after taking part in only three training sessions. He played in the third and decisive match as a substitute, which means that he played only two sets since Belogorie lost and was eliminated, finishing the worst season in their history. Thus, Freriks did not even get a chance to sign a full contract.

The case of Roca was exactly the case when misfortune has helped to strengthen the team. The U.S. opposite Clayton Stanley got injured in December so Ural needed some player to replace him in the attack. A 35-year-old Cuban was brought but not at opposite position. He played as receiver and even helped American Lloy Ball in setting when necessary (because Roca started his professional career as setter) while Andrey Maksimov had a dream season as opposite instead of Stanley. So, Ural coach Angelino Frigoni had more options both in defense and in the attack.

Avtomobilist started the season with 0-7 record and desperately needed a reinforcement to change to course of it. In the first two games, Ojansivu scored 47 points and brought two wins to his team. If injury did not prevent him to complete the season, Avtomobilist would most certainly avoid relegation.

Contreras was called two times as a savior in two consecutive seasons by two different clubs. This case is so rare.

Since U.S. receiver Matt Anderson left Zenit due to problems with depression, a vacant spot was opened for the second foreigner. Club decided to fill it with a setter. Toniutti was one of Zenit’s wishes, besides Luciano De Cecco, Bruno Rezende, Micah Christenson… This transfer claims to be the worst in the history of the Kazan club because they spent a lot of money on Toniutti but it turned out that he could not play in the CEV Champions League.

In Zenit, they expected much more from Marouf. He came as a superstar but finished the season on the bench. He never won the trust of teammates and whenever Marouf was on the court, Zenit began to play nervously and lost the game. Zenit players were used to play volleyball on the power of high balls so his low-setting style was never fully embraced.

A 30-year-old Nikolov debuted for Enisey in Round 6 but did not seriously increase the play of the team from Siberia – they kept losing. Moreover, upon the arrival of Bulgarian, they started to suffer heavy defeats. Before that, Enisey were losing only after tie-breaks and were earning some points for the standings.

Which group of foreign players who came to Superliga in mid-season will Łasko go to, we will have to see…

See other news from Russia.

ITA M: Only in Serie A1 – Modena vs. Trentino SOLD OUT

AZE W: Three rounds are over but the strangest volleyball league in the world still waits for new entrant!