Russian setter Evgenia Startseva talked about the decision of Yuri Marichev to leave her out of the roster for the Rio Olympics. 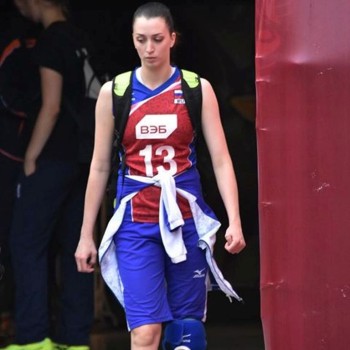 It was the biggest surprise for the Russian fans, while apparently it was also a surprise for Startseva herself. She has spent the whole summer working with the national team, but then two days before taking off to Rio, experienced setter was crossed out from the list.

In the interview for R-Sport, Startseva revealed some details about this case.

R-Sport: You haven’t talked with the reporters about the reasons why you were left out of the roster…

Startseva: And I have nothing to say to be honest.

R-Sport: A player who won the previous European Championship and who was a regular first-team member was left out of the roster for the Olympic Games… It was very strange.

Startseva: It was the decision of head coach. That’s all.

R-Sport: How did he tell you his decision?

Startseva: I was called to his office and he just told me – Woman, you are going home. That’s all.

R-Sport: When some players do not get a call for the major tournaments, then they refuse to play for the national team later on. Do you think to do the same?

Startseva: No. I want to be fully focused on my club season and not get distracted of what may come next. It was very hard for me. I did not have a vacation as I spent the whole summer with the team, and two days before departure I was sent home… But it was the decision of head coach, so it had to be that way.

Recall that according to some sources, Evgenia Startseva was left out of the Russian roster, because she was on the list of 10 volleyball players who were marked by WADA (World Anti-Doping Agency) as the cases of “Disappearing Positive Test Results in Russia between 2012 and 2015”.